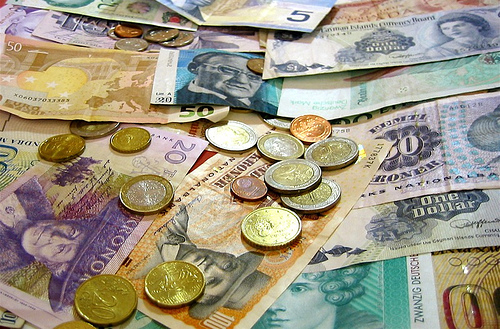 Ever wondered the etymologies: “Paisa”, “Peso”, “Pesa”, “baisa” and similar sounding words have the same origin? Do they have any correlation with each other or are they all the monetary units or currencies in other languages or countries they are used in.

As Wikipedia describes: The word paisa actually originates from Sanskrit word ‘Padamsa’. Pada refers to quarter while ‘amsa’ means part. The reason for this name is since 4 paisa would add up to another sub-unit (“anna”) of Indian currency in the older days.

Spanish peso, literally means ‘weight’, is derived from Latin pensum meaning ‘something weighed’, from the verb pendere ‘weigh’. Peso on the other hand was a unit of weight in Spain few centuries ago; this weight later became a standard for measurement for goods. Thus, they minted silver coins which were equivalent to one peso. This is how the word “peso” originated which literally translates to weigh in Spanish. Various other currencies such as:  Peseta, means a fraction in Spanish. Sicilian and Neopolitian Piastra which means plate of wood or metal. Cambodian Piastre means metal. Omani Baisa equals 1/1000 of Omani Rial

Today, the word paisa is popularly referred to as a monetary unit in the sub-continent which equals to 1/100 of a rupee. Until the 1950s in India and Pakistan (and before 1947 in British India), the paisa was equivalent to 3 pies, ¼ of an anna, or 1⁄64 of a rupee. After the transition from a non-decimal currency to a decimal currency, the paisa equaled 1⁄100 of a rupee and was known as a naya paisa (“new paisa”) for a few years to distinguish it from the old paisa that was 1⁄64 of a rupee.

In Pakistan, it’s not old paisa or naya paisa anymore, not even Paisa … its

Warid Mobile Paisa… bridging wide distances all across Pakistan and taking financial transactions to a whole new level of convenience. Payment of utility bills, sending or receiving money within Pakistan is no longer a hefty task as it is just a ‘Mobile Paisa’ outlet away. No bank, no long queues and no limitations of your working hours, Warid Mobile Paisa is here to save you from all this trouble.

Below is the website URL to help you with Mobile Paisa products: www.mobilepaisa.com.pk