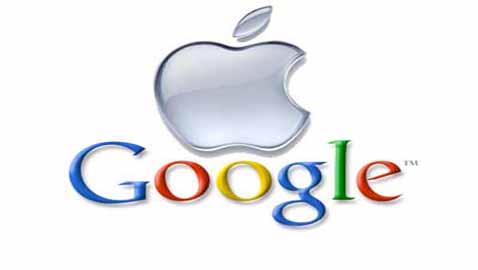 Apple and Google failed to persuade US judge on settlement.

Four Silicon Valley companies including Apple and Google failed to persuade a US judge to sign off on a $324.5 million settlement to resolve a lawsuit by tech workers, who accused the firms of conspiring to avoid poaching each other’s employees.

In a ruling on Friday, US District Judge Lucy Koh in San Jose, California, said the class action settlement was too low, given the strength of the case against the companies. Intel and Adobe were also part of the proposed deal.

There is “substantial and compelling evidence” that late Apple Inc co-founder Steve Jobs “was a, if not the, central figure in the alleged conspiracy,” Koh wrote. The judge provided details in evidence of anecdotes involving Jobs and other Valley executives to show why she thought the workers deserved more.

Representatives for Apple and Google Inc declined to comment. Intel spokesman Chuck Mulloy said the company is disappointed Koh rejected an agreement “that was negotiated at arm’s length over many months,” but appreciates that Koh provided additional information on her views.

Lawyers for the workers, along with an Adobe representative, were not immediately available to comment.

In their 2011 lawsuit, the tech employees said the conspiracy had limited their job mobility and, as a result, kept a lid on salaries. The case has been closely watched because of the possibility of big damages being awarded and for the opportunity to peek into the world of some of America’s elite tech firms.

The case was based largely on emails in which Apple’s Jobs, former Google Chief Executive Officer Eric Schmidt and some of their rivals hatched plans to avoid poaching each other’s prized engineers.

Koh referred to one email exchange which occurred after a Google recruiter solicited an Apple employee. Schmidt told Jobs that the recruiter would be fired. Jobs then forwarded Schmidt’s note to a top Apple human resources executive with a smiley face.

Koh also disclosed a 2006 exchange over Google’s plans to open an engineering center in Paris. Google sought to hire three former Apple engineers for the project, but Jobs objected. Jobs wrote that his company would “strongly prefer that you not hire these guys.” Google then told Jobs it had scrapped plans for the Paris center, “based on your strong preference.”

The four companies agreed to settle with the workers in April shortly before trial. The plaintiffs had planned to ask for about $3 billion in damages at trial, which could have tripled to $9 billion under antitrust law.

Plaintiff attorneys argued Koh should approve the deal because the workers faced serious risks on appeal had the case gone forward.