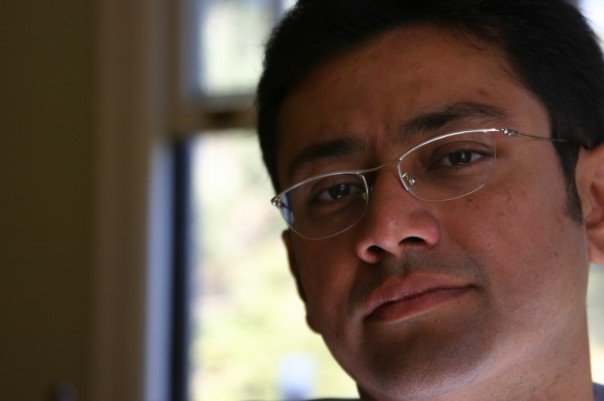 Naeem Zamindar Sacked or Step down ?

Dhabi Group has relieved Mr. Naeem Zamindar from his responsibilities at Wateen Telecom, we have confirmed with sources.
According to a source who is directly aware of the development, Mr. Naeem was today asked to step down as CEO and member of Wateen board.
An official statement, however, claims that Naeem Zamindar resigned from his position after completing a three and a half year-tenure that led to the the restructuring and reorganization of Wateen.

Naeem Zamindar, who had joined Wateen Telecom back in December 2010, was working without a contract for over eight months. His contract had expired in December 2013 and was not given any extension since then. But he was asked to continue working till further notice.
Dhabi Group, however, today decided to relieve Mr. Zamindar of his duties at the company.
Sources tell that Dhabi Group wasn’t convinced with Mr. Naeem Zamindar, particularly because he was unable to deliver the targets that he had committed at the time of his appointment.
Under Naeem Zamindar, company kept losing its market to a level that Wateen Telecom posted a loss of Rs. 18 billion last year, the highest in company’s history.
Reportedly, Dhabi Group was particularly not pleased with Naeem Zamindar due to his alleged role in an NGO named Art of Living.

Wateen, sitting on the top of country’s largest Fiber Optic network, is a gold mine and had the potential of becoming the top ICT company of Pakistan.
Despite having all sorts of communication technology available, and variety of solutions that it could offer to the corporations, company heavily relied on ICH revenues that are also nearing its ultimate end due to possible withdrawal of ICH policy.
Dhabi Group is yet to announce the next CEO of the company.

Naeem Zamindar drove the turnaround of Wateen for the past 3 years and turned it around from burning two billion rupees annually to generating a positive operating cash flow of one billion rupees. He has positioned Wateen into one of the leading technology and communication providers of Pakistan.

An Abu Dhabi Group official statement said, “Naeem has played a tremendous role in helping cement Wateen’s place in Pakistan’s telecoms landscape. His vision to empower each and every Pakistani citizen has been the foundation of Wateen’s recent successes. We wish him all the best in his future endeavours and hope to continue to uphold his legacy of excellence.”

It may be recalled that Naeem was appointed by Sheikh Nahayan bin Mubarak Al Nahayan, to the Board of Wateen to turn it around as CEO in December 2010. He brought in key new members to strengthen the management team and address the
challenges at the Company. Working with the Board and shareholders Naeem played a key role in reorganising the operational team. He also led the effort to successfully negotiate new financial terms with its lenders to give the company operating room to restructure and return to profitability.

Naeem’s leadership consolidated and refocused Wateen’s businesses leading the effort in carving out the WiMax business and planning a merger with QuBee. The Company has now become the leading player in providing fiber, satellite, cable TV and wireless connectivity and information technology and communication solutions to mobile operators and enterprises al over Pakistan. His contribution enabled
Wateen to emerge from a loss making entity to one which is generating positive EBITDA and is now viewed as a stable organisation set to build on these successes.

Naeem Zamindar brings over a quarter of a century to assemble a career in which he started as an CPA and then moved on to successfully develop large business opportunities in mobile telephony, broadband, new media and information technology. Relying on his talents as an entrepreneur and venture capitalist, he has handled scaling of businesses and business turnarounds. He is one of the founding team members of Mobilink, and was a key member of the leadership team that grew Mobilink to become the leading telecom company of Pakistan. He developed his passion for venture capital at Intel Capital in the Silicon Valley where he worked on 29 venture capital investments focused on building companies in the internet/new media and wireless broadband space.