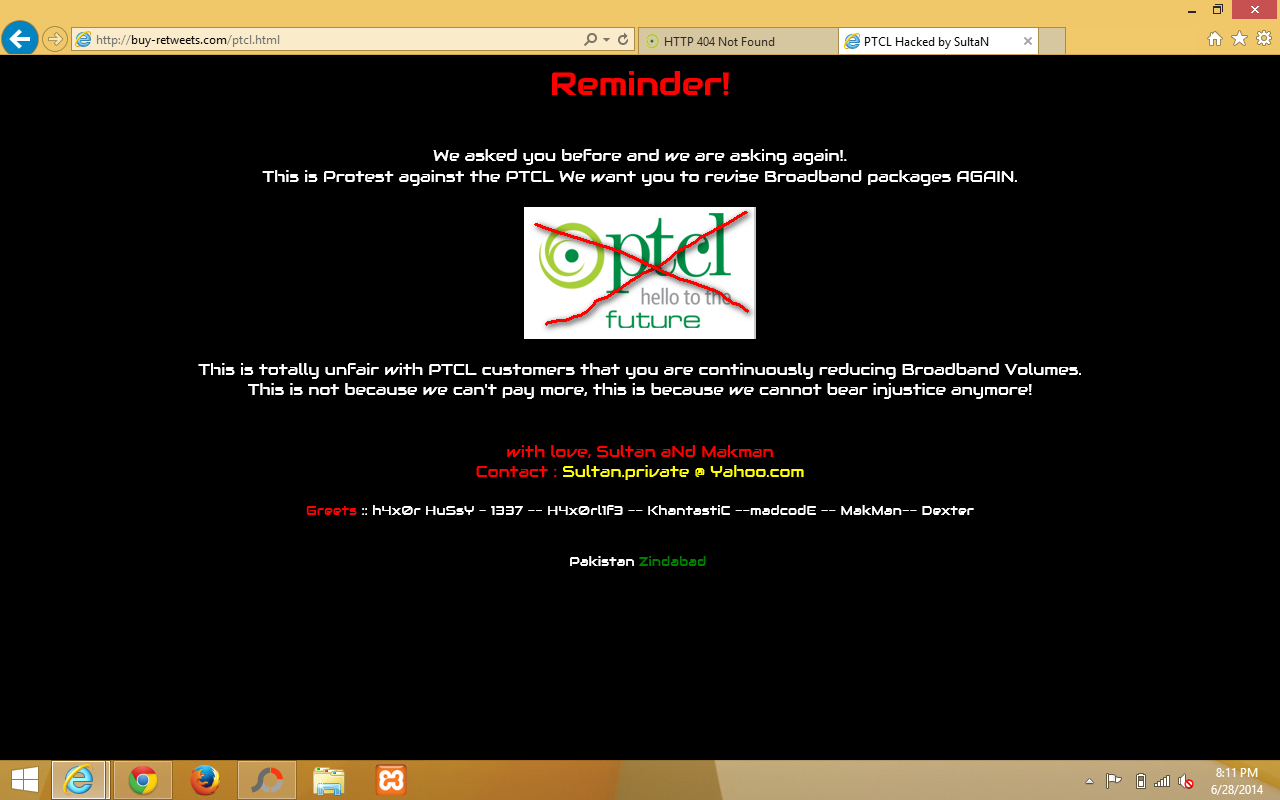 Hackers – who are likely to be from Pakistan – went on and decided to protest company’s decision by hacking PTCL’s official website. They registered their protest about PTCL’s EVO tariff and download-limit revision and explicitly said that reason behind the hack is revision of company’s broadband bundles.

After first hack, Hackers re-hacked and then re-re-hacked the website for several times during the weekend, until PTCL was able to secure its servers.

Check below screen-shot when PTCL’s official website was hacked once again with-in 24 hours: Hackers were of the opinion that PTCL should revise its EVO packages as they have down-graded the download-limit to mere 20 and 30 GBs per month. A hacker – on a deface screen – said that this download limit is not enough for even browsing, let alone the downloading part. 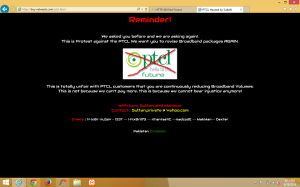 PTCL recently revised its download-limit for EVO packages and introduced new tariffs for the customers. Naturally customers aren’t happy with the move but since PTCL is the monopoly, customers are now left with not many options.

While one can easily term such hacks indecent and illegal way of communicating a message, consumers are supporting these hacks as no authority (particularly PTA) is rescuing their interests.