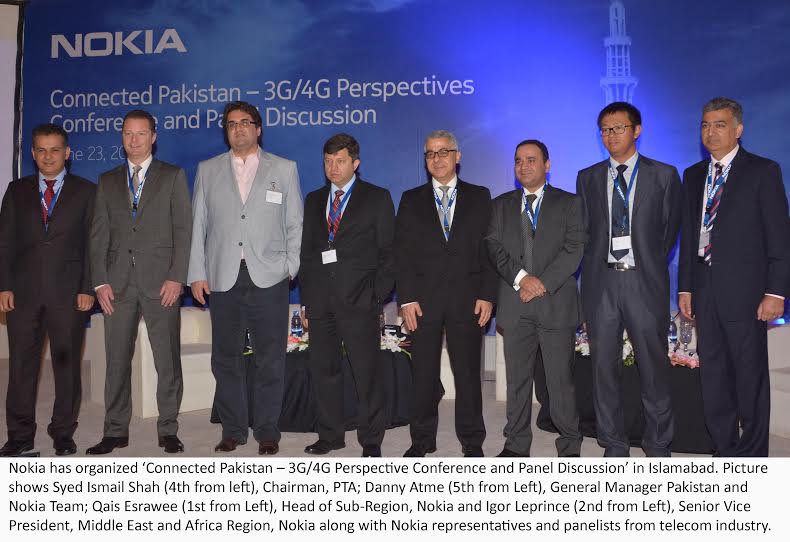 A study sponsored by Nokia revealed that Pakistan scored low in mobile broadband infrastructure despite high use by subscribers. According to the study, the country scored 2.09 out of 10, ranking 25 out of  the 26 developing telecom markets in mobile broadband connectivity. For measuring the score, the study titled „Connectivity

Danny Atme, General Manager, Networks, Nokia Pakistan, said: “The study shows mobile broadband users in Pakistan increasingly demand high-speed mobile broadband and significantly improved network coverage across the country. As the world‟s specialist in mobile broadband, we are committed to providing operators in Pakistan with our advanced 3G and 4G technologies, and comprehensive services to build and run the networks cost efficiently.”

Matthew Reed, Practice Leader Middle East and Africa, Ovum, said: “Although Pakistan is a late-comer to mobile broadband, the rollout of 3G services that is now underway in the country following the recent award of new licenses, combined with the increasing affordability of 3G-enabled devices as well as demand for Internet access and other data services, means that there is likely to be a substantial shift in Pakistan‟s mobile market from 2G to 3G over the coming few years.”

Dr. Syed Ismail Shah, Chairman, Pakistan Telecommunication Authority (PTA), said: “The Nokia conference on “Connected Pakistan – 3G, 4G Perspectives” has brought out excellent insights from various eco-system players on how to achieve further mobile broadband penetration here. The government is committed to enabling the operators to take the mobile broadband subscription base to a new high. Together with players such as Nokia and its advanced 3G and 4G mobile broadband technologies, we are confident that Pakistan will be able to provide high quality mobile broadband services on a par with leading services around the world.”