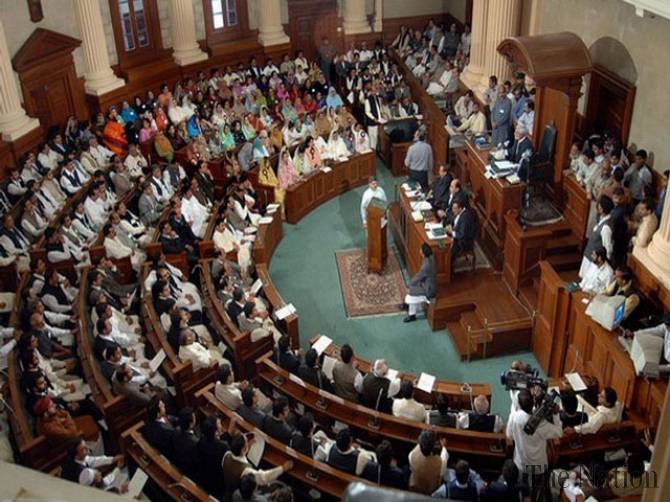 By: admin
In: Technology
Tagged: 393 million, IT promotion, Punjab, Rs.7

The Punjab government allocated an amount of Rs 7,393 million for the promotion of IT culture in the proposed Punjab budget of 2014-2015. As per budget document, major thrust of the investment in the public sector would be on Development of Management Information System for the improvement of governance leading to improved service delivery to the public. Business  Recorder reported.

According to the budget documents to accomplish its vision of making Punjab the hub of Information Technology, the government has focused on the initiatives during FY 2014-15 which includes IT based solution for improvement of various business processes in key departments including Police, Health, Transport, Education and Public Prosecution Departments, etc, as well as Lahore High Court.

Government will focus on implementation of “Lands Record Management Information Systems project in all Districts and Tehsil of Punjab” as well as new scheme titled “Automation of Stamp Paper (E Stamping)” has been proposed. These projects are part of the broader vision of Government of Punjab, ie to provide better quality services to citizens through the use of Information and Communication Technologies (ICTs) in order to provide security of title to the landowners in the province. Incubator Centers and Tech Hub Space at Arfa Software Technology Park for IT start-up firms to provide IT Training, manpower development regarding latest tools and technologies are to be adopted in international business and marketing with the help of IT awareness.

The government is considering to introduce Citizen E-Services and IT Centric Intervention and Smart Monitoring Under Punjab Public Management Reforms Program (PPMRP) aiming at smart monitoring, accessibility of reports and automation of service delivery on service delivery centers of government.

The government is also considering establishment of Video Conferencing Facility for efficient information exchange, speedy decision making regarding emergent circumstances and Policy updating. The dengue control campaign through “Larvaciding and Fogging/IRS Reporting System” enables data capture on the move, Verification via GPS co-ordinates/real time data entry into central server and online dashboards which will be accessible by all stakeholders.

The government is considering initiation of evidence-based monitoring of Pro-Poor to effectively reach out the poorest of the poor to pour targeted subsidy. Government will develop process of initiating performance evaluation, monitoring system of Government departments, establishing KPIs of employees through Pilot Project of “IT Based Profiling of Government employees” for effective service delivery.

According to budget documents Continuity of E-Governance applications already established under “Citizen Contact Centers” and “Citizen Feedback Model” in order to introduce transparency, efficiency and minimise corruption using E-tools. The allocations have been secured for major initiatives of Police Department like Computerisation of all Police Stations using modern technologies, ie Hardware, Software, Network Equipment (Active & Passive), Internet Connectivity in order to run the police business in an efficient manner. Punjab Police Integrated Command, Control and Communication Centre are being included in ADP to sort out terrorist activities and foolproof security of the Punjab Province.