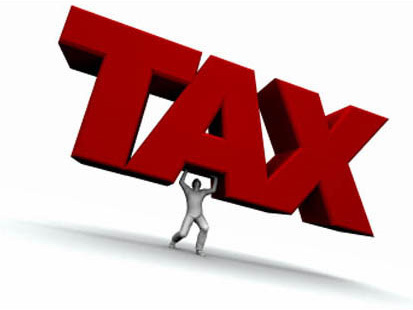 The cellulars lobbying for cut in sales tax

The cellular mobile segment of the telecommunication industry has been lobbying for a cut in sales tax, withholding tax and abolishing of SIM activation tax on cellular services. It has proposed for a centralised system of tax returns to avoid double taxation, The Express Tribune has learned.

The sales tax or federal excise duty (FED) on cellular services should be reduced by 2.5% to 17%, cellular mobile operators (CMOs) proposed in their budget recommendations already submitted to the finance ministry, according to sources familiar with the matter.

CMOs argue that the GST and FED rate should be rationalised in line with other sectors of the economy – the FED on telecom sector is applied at the rate of 19.5% compared with 17% on other sectors.

The CMOs also proposed that the SIM activation tax should be abolished — the government currently telecom lobby also argued that more than 80% of the country’s 136 million cellular subscribers were below the threshold of taxable income. The advance income tax or withholding tax should, therefore, be reduced from the current 15% to a maximum of 10%, they recommended.

Among other recommendations, the CMOs proposed for harmonisation between federal and provincial sales tax laws and formation of a centralised system for filing of monthly sales tax return.

Under the current regime, the CMOs have to deal with double taxation, according to an official. They pay 19.5% FED to the Federal Board of Revenue while an equal amount of GST is charged by the provincial governments, which also creates confusion while filing tax returns. A centralised system would help the industry in claiming of input and withholding of sales tax.

The telecom sector argued that the growing taxation on telecom services hinders the growth of mobile broadband and hurts the affordability of services thus lowering revenues of both the government and the industry.

Pakistan is among the highly-taxed countries in the world, highest in comparison with similar markets, they say. On every Rs100 prepaid card, cellular subscribers pay around 35% in taxes. In addition, operators also face other sector-specific taxes, such as SIM activation tax and other levies including licence fees, universal service fund levies and other regulatory fees.

Even retention of taxes on telecom services at the current level would result in restricting the affordability of mobile services, which will ultimately affect the revenues of mobile operators and the government.

Industry is quite optimistic that the present government will consider these submissions positively, they said.