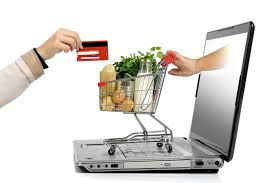 Pakistan has witnessed a boom in restaurant and food businesses in the last three years and outlets that deal exclusively in take-away and delivery services – a market worth Rs15 billion a year according to industry estimates – have blossomed in particular.

This trend has spurred the growth of online food-ordering businesses – Urbanite.pk, KhaoPiyo.pk, Foodpanda.pk, EatOye.pk and Foortal.pk to name a few – that are fighting for every slice of this niche.

There is, however, at least one player that – as opposed to the aforesaid trend – is eying the more lucrative markets of Europe, North America and the Middle East.

“Pakistan is not our target market. We, therefore, don’t see local food portals as our competition,” Foortal.pk founder and chief executive officer Waqar Shah told The Express Tribune in a recent interview.

Launched in January 2012, Foortal is a food-ordering application for web and mobile technologies that has been recently implemented by the British food businesses under the brand name www.supermeal.co.uk.

Supermeal’s team is currently busy signing up more restaurants on their platform. They have so far added 36 restaurants and are awaiting responses from another 14 – including giants like Domino’s – before they go live in the UK.

“Once Supermeal.co.uk clicks, we would like to take our product to the bigger markets of US, Canada and the Middle East,” Shah said.

Starting from the UK seems to be a smart option for Shah who understands the market and has already spent a good part of his life there.

An alumnus of University of Birmingham, Shah started his entrepreneurial journey from the UK by establishing WaqarTech Limited — the parent of Foortal and a software outsourcing company he started in 2009.

Supermeal.co.uk is set to go live anytime but the task ahead will just get harder as it is up against already established players.

“Our main competition is just-eat.co.uk, a Danish company and the largest food portal operating in UK,” Shah said.

The CEO didn’t have exact estimates about the size of Britain’s food-ordering market. He, however, said that if one looks at just-eat’s sales, it would give an idea of how lucrative that market is.

Just-eat’s revenue projection for this fiscal year, ending April 30, 2015, is £900 million, according to Shah. This translates to £90 million in commission for the company going by the 10% commission, he says. Simply put, they earn £1 on every order since the average price of an order is £10.

Just-eat used to receive 85,000 orders a day about four years ago and have gone up 150% since then, Shah said. According to him, Just-eat is an established player now and has even raised £75 million in funding from venture capitalists in three years.

“We would like to divert some of their business to supermeal.co.uk,” Shah says. “Just-eat’s number is very big but if we can get even 1,000 orders a day at the start that will earn us £30,000 a month,” he adds. “At this rate, you will see us expanding into the US.”

Shah’s optimism is, in part, driven by the ‘unique’ features of the app he claims others lack. The product doesn’t need a call centre, he says. “We shifted this function to mobile technology whereby one can perform this function directly from his mobile.”