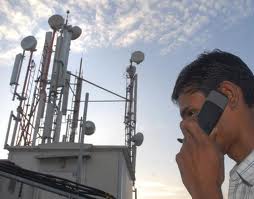 Pakistan Telecommunication Authority had made this obligatory for all 3G operators to make 3G services available in minimum of five cities (including four Provincial and Federal Capital) during first nine month of the 3G launch. Starting with Lahore, Islamabad, Rawalpindi and Karachi, cellular operators – other than Zong — are expanding their reach to serve their customers with next-generation 3G technology at earliest.

With current rollout status, it appears that operators have almost fulfilled their respective rollout obligations way ahead of the deadline, i.e. with-in first month of license auction.

Ufone is clearly winning the race during the first few weeks by taking its 3G network live in nine cities across three provinces of the country. Ufone’s 3G network is available in following nine cities as of today:

Mobilink, on the other hands, has its 3G network in eight cities. Islamabad Rawalpindi Peshawar Lahore Karachi Multan Faisalabad Quetta

Telenor, which is set to commercially launch its 3G services on June 1st, has managed to grab four cities with its 3G network. Telenor’s 3G network is available in following cities: Islamabad Lahore Rawalpindi Peshawar