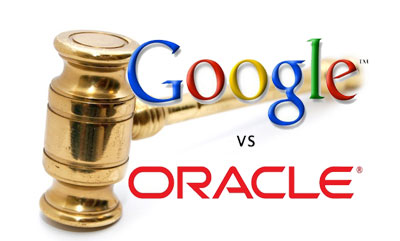 Google’s former chief executive, Eric Schmidt, testified in court that he could not recall whether he was told in 2005 by people within his company that it had to pay for a license from Sun Micro systems to use the Java programming language.

Oracle sued Google in August 2010, saying Google’s Android mobile operating system infringes its copyrights and patents for the Java programming language. Google countered that it does not violate Oracle’s patents and that Oracle cannot copyright certain parts of Java, an “open-source,” or publicly available, software language.

Schmidt, who was Google’s CEO for 10 years before assuming the role of executive chairman last year, was Oracle’s final witness before Oracle rested its copyright case – and Google then called him as its first defense witness.

Schmidt did not leave the stand during the changeover, and his testimony was continuing.

Under questioning from Oracle attorney David Boies, Schmidt was shown a 2005 presentation to Google’s top managers that said Google “must” take a license from Sun. However, Schmidt said he could not recall being told that was the case.

Schmidt also acknowledged saying at one point that Google derived enough advertising revenue from Android to fund the operating system and a “whole bunch” more.

“The goal was to get as many users as we could on a powerful new platform that could exploit the Web,” Schmidt said of Android. The trial, expected to last at least eight weeks, has been divided into three phases: copyright liability, patent claims, and damages.

Early in the case, estimates of potential damages against Google ran as high as $6.1 billion. But Google successfully narrowed Oracle’s patent claims and reduced the possible award. Oracle is seeking roughly $1 billion in copyright damages.

The jury will deliberate solely on copyright liability before moving on to hear evidence about patent infringement. U.S. District Judge William Alsup may also decide some of the copyright issues.=DNA