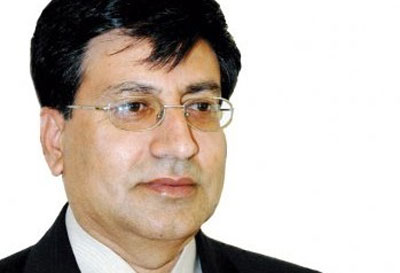 3G/4G Auction. It was Noora Kushti, Everyone got what they want ! X Chairman

I am not sure how PTA could restrict Mobilink, to provide better service (4G). Dr Yaseen

ISLAMABAD ( ABRAR MUSTAFA ) Dr. Mohammad Yaseen X. Chairman Pakistan Telecom Authority comment about the auction of 3G/4G spectrums in Pakistan. He said that there was in fact no auction, and competition, the consultant was suppose to create competition and create global interest and attract new player, which was not the case. I am sure, you have either know by now, or may have been in process of acquiring the information about 3G and 4 G spectrum Auction Saga from the media or friends.
He said the auction turn out to be the Noora Kushti, everyone got what they want. I am very disappointed, it is non of my bloody business, but it hurts, as I have put lot of my blood and have sacrificed too much for the fair go, which ultimately turns out to be again rigged, intelligently though. Dr. Yaseen share with telecoalert.com through email on reguest.

He said that Pakistan Telecom policies supports technology neutral licensing, however just to keep few people happy in Government and Public, we called it 3G and 4G. Making fun of ourselves globally.
Ideally they should have given the name of Mobile Broadband Spectrum / License Auction, as Pakistan Telecom Licensing regime is Technology Neutral. Regulator was supposed to provide the spectrum and Operators are supposed to select the technology. The Regulator could have put down the specification of 4 G technology i.e speed and other features to restrict operators to opt the best available systems.
In the responded a question he said that Why Regulator auctioned two lots of 5 MHz, it has killed the competition:Telnor has never been interested to move from their comfort zone of voice, and have been requesting only 5 MHz since 2009/2010. Regulator denied this request to make sure the spectrum available for the better technologies not any more GSM

Ufone, acquired only 5 MHz, to support their GSM operations, as Mother Company (PTCL) has already launched Evo operations, and have acquired a market. PTA will not be able to restrict PTCL for the limited mobility, due to either:
• Political pressure from the Emirate (Pakistan still has to collect the sales proceed)
• Pakistan courts will reward PTCL with stay orders, as they do in favor of operators
Let us discuss 2 lots of 10 MHz for the so called 3 G

How PTA will be able to check the operators operations, will they go out and see the brand names of the equipment weather the equipment is HSPA n or LTE. What will be the parameters to classify the mobile broadband, weather will be according to speed or features. I am not sure how PTA could restrict Mobilink, to provide better service (4G). It will be night mere for the regulator, to resolve issues between Mobilink (3G operator) and Zong (3G/4G Operator), Good luck and congratulations to destroying the technology neutral regime

The telecom operators who have acquired a spectrum (10 MHz), they will be less inclined and interested to pass on real experience of mobile broadband to consumers, by knowing the history of how they have destroyed GSM channel by limiting its capacity, using the coders. Thanks to the Courts, PTA show cause notice is been reduced to ashes by stay orders, for the poor quality of voice. Now consumers, cannot even recognize the words. Mobile broadband will be coming in small bursts/intervals like “Intazar KeJea”
Let me congratulate Zong for acquiring so called 4 G spectrum in almost free price.