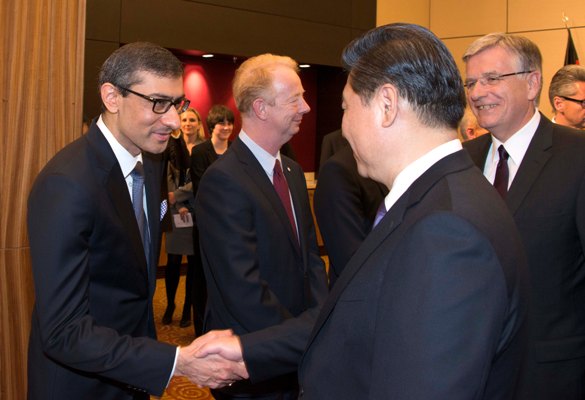 The discussions, ahead of an official banquet in honor of the President’s visit to Germany, focused on bilateral trade and successful collaboration between the two countries. NSN is the largest company that operates in the mobile telecom infrastructure sector in Germany, and it also has a longstanding presence in China, with particular success in the cooperative development of TD technologies over the past 16 years.

The Chinese President and the First Lady were welcomed by Sigmar Gabriel, German Minister of Economics and Energy, Hannelore Kraft, Minister-President of North Rhine-Westphalia and Hubert Lienhard, Chairman of Asia-Pacific Committee (APA) as well as the German business delegation. The Chinese entourage included Gao Hucheng, Minister of Commerce and 12 Chinese business leaders.

China and Germany share a goal of successful bilateral trade and investment collaboration. NSN has a long history in both countries with strong support from their governments and their major mobile operators.