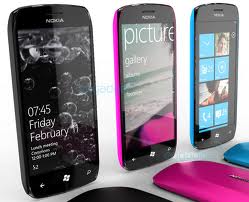 With Pakistan set to embrace the third-generation mobile internet technology next month, telecom subscribers – especially those planning to enjoy high-speed mobile broadband service – must know one thing: not all smartphones currently sold in the market are compatible with the 3G network.

Those advertised and sold as smartphones should be 3G-enabled phones, experts say. But there are many smartphones in the market that do not support 1,900-2,100 megahertz (MHz) band – the spectrum chosen by the Pakistan Telecommunication Authority (PTA) for the rollout of 3G technology.

Wow.com defines smartphones as mobile phones that can perform a host of computing functions, typically having a relatively large screen and an operating system capable of running general-purpose applications. Simply put, they have more advance computing capabilities and connectivity than a feature phone.

Most smartphones, according to techterms.com, have the capability to display photos, play videos, check and send e-mail, and surf the web. Modern smartphones, such as the iPhone and Android-based phones, the website says, can run third-party applications, which provides limitless functionality.

However, these definitions alone cannot determine if a smartphone is also a 3G phone, especially after the recent influx of low-priced mobile phones into the market that are advertised and sold as smartphones. This leads to an obvious question: how will the consumers know if the phones they are using or planning to buy support the 3G network?

Before finding an answer to this question, the consumers should know the technical names and the relevant spectrum for 2G, 3G and 4G networks.

The technical name for the current mobile technology (2G) is Global System for Mobile (GSM) communications. Most GSM networks around the world, Pakistan included, run in 900 MHz or 1,800 MHz band.

Likewise, the 3G network is known as Wideband Code Division Multiple Access (W-CDMA) in the technology world, according to experts. For W-CDMA, 2,100 MHz band is the most popular platform. Pakistan, too, has chosen this band for the launch of 3G technology.

Long Term Evolution (LTE), experts say, is the technical name for 4G technology. It was launched in 2,600 MHz band but was later introduced in 1,800 MHz band as well. Currently, both the bands are used for an LTE network.

However, the PTA has chosen 1,800 MHz band for 4G or LTE service, which means smartphones supporting 2,600 MHz band will not be 4G compatible in Pakistan.

Now to answer the question, the consumers willing to avail themselves of 3G service need to do a little exercise before buying a new mobile phone. They need to check the specifics of the device they plan to buy and ensure that it supports 1,900-2,100 MHz band or says ‘yes’ to the 3G network.

Some companies publish these specs on their websites but one can also find them on the phone’s packaging.

This article puts a special emphasis on 3G phones because most GSM phones already support 1,800 MHz or 4G network. Secondly, 4G is less relevant at the moment because the country is most likely to receive 3G technology shortly after the spectrum auction, which is due on April 23, for high-speed mobile internet services. The operators will need a while, maybe a year, before they are ready to roll out 4G technology.

It is important for the consumers to ensure that the smartphones they are buying support the network they want to use. Otherwise, they will have to spend more on swapping their devices for 3G-compatible smartphones.