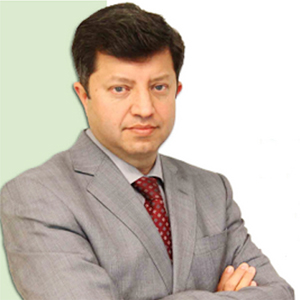 3G under wireless local loop (WLL) licence will be restricted as per the licence conditions and unlimited mobility will not be allowed,” Dr Shah

Chairman PTA while talking to The Newspaper said that PTA is working on the issue of unlimited use of 3G spectrum in violation of 2005 licence and the issue will definitely be settled very soon. “The 3G spectrum being used by PTCL is a bit different from those we are set to auction but the use of 3G under wireless local loop (WLL) licence will be restricted as per the licence conditions and unlimited mobility will not be allowed,” Dr Shah said during an interview with The News.

Chief Executives of four cellular mobile operators in a complaint to Chairman PTA say: “As discussed in meeting of CEOs of Cellular Mobile Operators (CMOs) with Minister of State for IT & Telecom on January 28, 2014, we would like to draw your kind attention towards a major impediment, which can adversely affect the outcome of forthcoming Next Generation Technology Spectrum Auction. The new spectrum being auctioned is meant basically for the mobile broadband service, where the government expects major investments from the existing and foreign companies. A similar mobile broadband service is already being provided by PTCL illegally namely Evo 3G with full mobility. Disregard to limited mobility restriction is a clear violation of PTCL’s licence obligations, which needs to be enforced by PTA. Such a situation creates apprehension in the minds of current mobile cellular and foreign investors leading to reassessment whether or not to participate in the forthcoming auction process.”

According to official documents, PTA has imposed a fine of Rs82.496 million on the company. Through its letter No. F. No. PTCL -04114/WLL&M/PTA/653 dated March 14, 2014, available with The media, PTA has informed cellular operators and (Internet Service Providers Association of Pakistan (ISP AK) that complaint against unlimited use of 3G services “as being processed as per statutory provisions under the Pakistan Telecommunication (Re-Organization) Act, 1996.” Dr Ismail Shah was however hopeful that issue will now be soon resolved.

Pakistan Telecommunication Company Pvt Ltd argues its case on following points: “PTCL is pioneer of almost all telecom services in Pakistan. The company introduced the mobile broadband technology in Pakistan and is maintaining international standards in provision of all of its services. In fact it was PTCL which has pressed PTA to issue policy for the broadband and mobile broadband. It was PTCL which has asked PTA to auction 3G spectrum. All the accusations regarding illegal use of 3G spectrum by PTCL are baseless and untrue. In fact, the 2005 WLL license given to PTCL impose mobility restriction on only voice and not on data so PTCL can provide 3G services across the country with full mobility without any restrictions. The allegation that PTA fined PTCL for illegal use of 3G spectrum is also untrue and basically “PTCL was asked to pay service charges not the fine”.

2014-03-25
Previous Post: UN Broadband Commission has urged to remove current barriers to broadband investment
Next Post: Mobicash has reached a landmark with 30,000 retailers