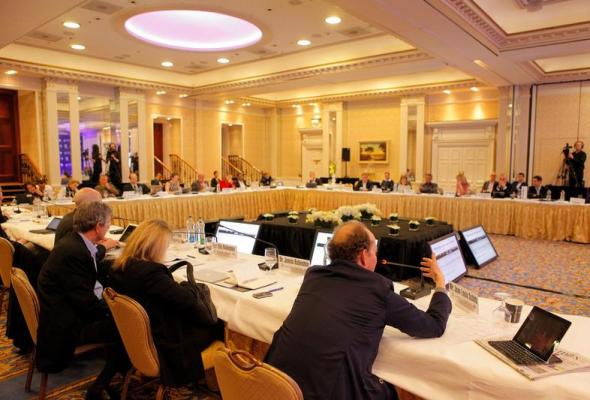 95 percent of telecommunications infrastructure is private sector-funded, but better incentives are urgently needed if investment is to expand in line with the coming exponential growth of connected users and so-called ‘Internet of Things’ data streams.

Denis O’Brien, chairman of the Digicel Group, which provides mobile services in some of the world’s most challenging environments and disadvantaged countries, such as Haiti and Papua New Guinea, said: “To drive faster broadband roll-out, governments should lower spectrum license fees and advocated for the establishment of a champion’s league index that tracks best practice in broadband investment and deployment.”

2014-03-25
Previous Post: PTCL has introduced 4Mbps as a minimum benchmark for broadband speeds
Next Post: WLL License will be restricted to use 3G and Unlimited mobility not allowed Dr Shah