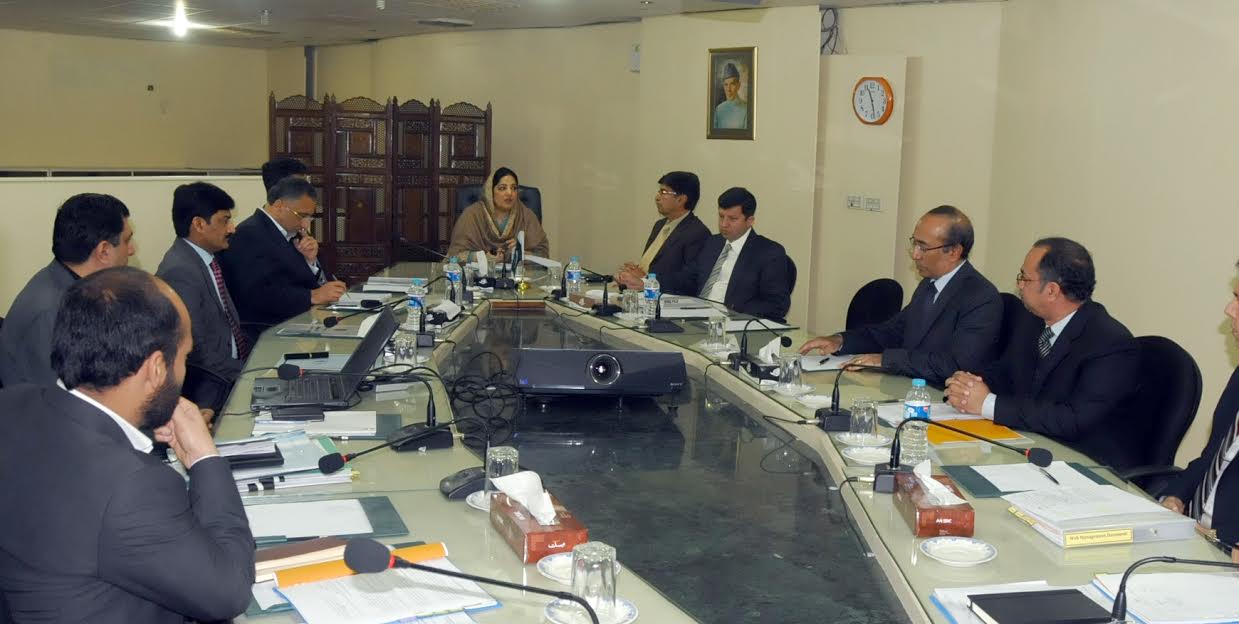 We are entering into the new era of technological and communicational advancement- Minister of State for IT, Mrs. Anusha Rahman

Owing to the sagacious polices of PML government, we are entering into the new era of latest information and communicational technology: State Minister for IT Mrs. Anusha Rahman said while chairing the high level meeting at the Ministry of IT today in Islamabad.

The Minister said that the government has assigned utmost priority to the development of ICT sector and put in place all possible measures to accelerate the development of technology in the country. The inception of 3G and 4G technology would definitely bring economic growth and prosperity which would help to provide an opportunity of millions of new jobs to the educated youth of the country.

The Minister has further said that youth should not only use latest technology for only entertainment purpose but also must explore the technology for development of database purpose and software. The government attached great priority to the E-government system which is being implemented in all federal ministries and their attached departments to create “less paper” environment and to ensure efficiency, transparency and good governance, so that efficient and cost effective services could be provided to the people of Pakistan.

The State Minister said that the establishment of 500 UTC’s (Universal Telecenters) in rural and remote areas throughout Pakistan would work as “resource centers” which would facilitate the people by offering them services of birth registrations, e-commerce, e-health, e-learning, registration and verification of sim cards/ID cards through NADRA. She stressed that the objective behind the establishment of Telecenters was to create job opportunities amongst the youth and to enhance ICT awareness in the remote and neglected areas of the country.

The Minister of IT further added that the government is vigorously pursuing the project of technology parks which will be established in three metropolitan cities of Pakistan (Islamabad, Karachi and Lahore respectively) in order to provide conducive technological environment and to facilitate the companies working in the ICT sector.