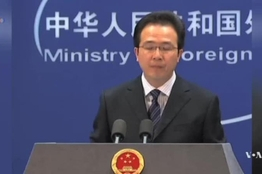 China Has demanded explanantion from USA

China has demanded a clear explanation from the US over a report which says that the United States National Security Agency infiltrated servers at the headquarters of Huawei Technologies, media reports say.

“China was ‘extremely concerned’ about the spying allegations,” said Chinese Foreign Ministry spokesperson Hong Lei.
He further added, “We demand that the United States makes a clear explanation and stop such acts.”

“Recently, the international media has put out a lot of reports about the evesdropping, surveillance and stealing of secrets by the United States of other countries, including China,” he said.

2014-03-24
Previous Post: We are entering into the new era of technological and communicational advancement Anusha
Next Post: PTCL has introduced 4Mbps as a minimum benchmark for broadband speeds