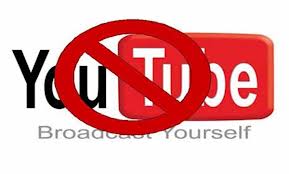 You Tube. Restoration of the website a Zionist agenda. lawyers

By: admin
In: Technology
Tagged: you tube, Zionist agenda

A group of lawyers favouring the ban on YouTube staged protested demonstration outside the Lahore High Court against “blasphemy or any steps taken to defend blasphemers.”

Bytes for All, the petitioner, is seeking withdrawal of the ban on the popular video sharing website. Its counsel Yasser Latif Hamdani and four officials appeared at the LHC to attend the proceedings.

During the hearing, Advocate Azhar Siddique, the counsel opposed to lifting of the ban, alleged that Bytes for All was seeking restoration of the website because it had a Zionist agenda.

He said he would present evidence of 26 Zionist plots in this regard.

Responding to the allegations, Hamdani said his client wanted the ban to be because free flow of information was the right of every individual.

Siddique, chairman of the Judicial Activism Panel, was admonished by Justice Mansoor Ali Shah when he was told that Siddique had been watching a YouTube video in the courtroom a few minutes before the proceedings started.

Justice Shah remarked that Siddique had been opposing the reopening of YouTube for the general public but if he was watching videos on it himself, it was hypocrisy.

She apologised to the judge but he issued her a show cause notice for contempt of court.

Earlier, a deputy attorney general presented a reply from the Minister of Information Technology Anushay Rehman.

It stated that after the posting of a controversial movie on YouTube, the government had banned the website on orders of the Supreme Court.

The judge remarked that the order was limited to blocking of that particular video.

Quoting the minister, the law officer said due to lack of technology, the government did not have mechanism to block specific contents from a website.

He said the government was trying to obtain filters for internet like those used by the Chinese and Saudi Arabian governments.

The judge remarked that the position of the government had not changed in 9 months.

Hamdani said Pakistan was democratic country and could put unconstitutional and undemocratic sanctions on the rights of the people.

He said no rules or laws permitted the Pakistan Telecommunication Authority to put ban on internet content.