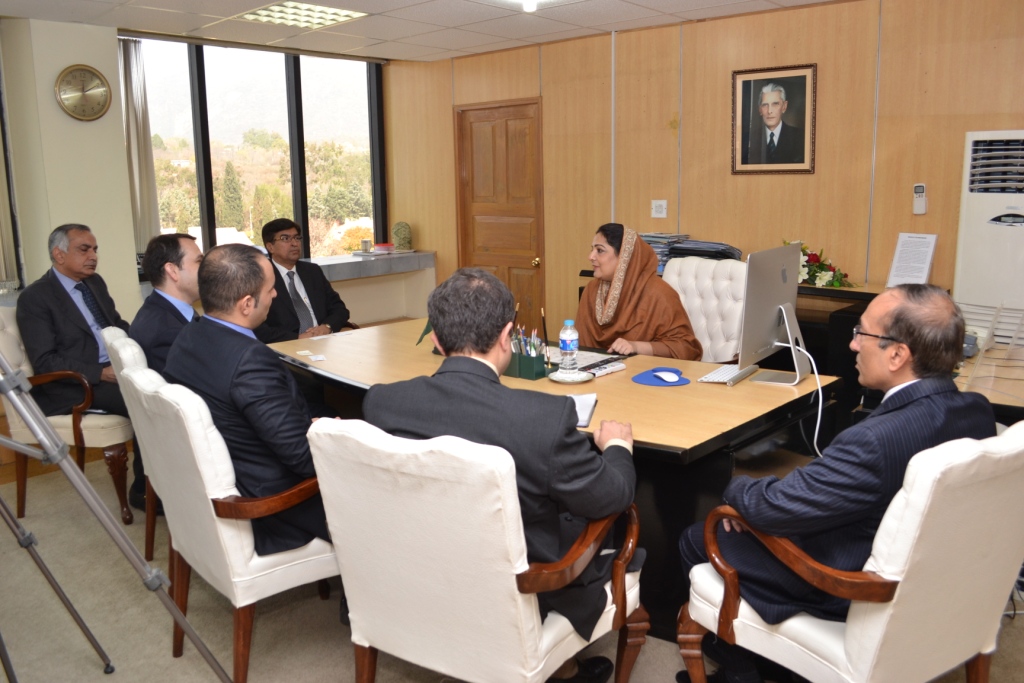 A delegation of Turkish mobile phone operator Turkcell has arrived here to asses market conditions before the auction of 3G/4G spectrum scheduled for april 7, 2014.Turk Cell delegation visited Ministry of IT and met with the Minister of State for IT and Telecom. High ranking Ministry officials along with Chairman PTA were present during the meeting. The delegation’s visit to Pakistan was a follow up to Turk Cell’s meetings with the Minister of State on the sidelines of the recently concluded Mobile World Congress held in Barcelona, Spain. 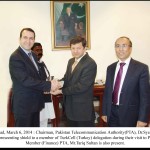 The representatives of Turk Cell showed keen interest in the forthcoming spectrum auction for next generation mobile services in Pakistan. In this regard, they will study the market dynamics during their stay in the country and make recommendations to their principals in Turkey. Recently, Ministry of IT has added spectrum in 850 MHz in its policy directive exclusively for new entrants.

Mrs. Anusha Rahman, Minister of State for assured the Turk Cell delegation that the Government and the regulator (PTA) would take necessary measures to provide a level playing field to new entrants in Pakistan’s telecom sector. The government’s resolve to conduct the auction in a transparent manner in line with international best practices, was re-iterated by the Minister.

Chairman PTA briefed the delegation about the fast paced growth witnessed in the telecommunications sector of Pakistan in the recent past. He informed them that due to investor friendly policies of the Government of Pakistan and fair regulatory regime adopted by the telecom regulator, Pakistan’s telecom sector has been able to achieve unprecedented growth in the recent years. The current trends in the sector show positive future prospects for the new investors. He also apprised them in detail about the different aspects of the spectrum auction.

2014-03-06
Previous Post: Pornography is no longer the leading source of malware
Next Post: PCA. Grave concerns over the reported act of harassment by FBR