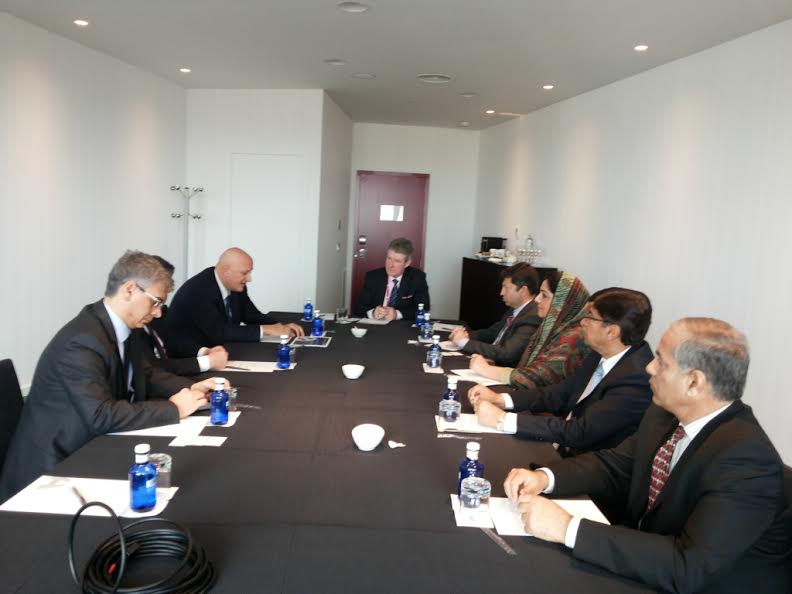 Both sides shared sentiments regarding deep and concerted bi-lateral relations between Pakistan and Turkey. Minister of IT expressed the commitment of the government to facilitate the investors and highlighted that Pakistan has shown 7% growth rate over recent months which was unprecedented and certainly very encouraging for investors.  With special focus on telecom sector, she emphasized that 98% of Pakistani population is still to be connected with broadband services (3G/4G/LTE) which indicates an enormous opportunity for the companies to invest in this area with a surety of decent returns. Spectrum in 850 MHz band is made available for new entrants to provide them level playing field. Also, Ministry of IT has included additional spectrum in 1800 MHz band for auction for speeding up the proliferation of 4G services in Pakistan.

The Chairman, Turk Cell appreciated the vision and efforts of the Pakistani government for provision of latest technologies and services to the people of Pakistan. CEO, Turk Cell shared the initiatives which Turk Cell had undertaken to disseminate e-services in Turkey particularly in areas of e-health and e-education.

The Chairman, Turk Cell considered Pakistan as a flourishing market offering a huge potential for investment in telecom sector. A high level delegation of Turk Cell is expected to visit Pakistan to study the market more closely.