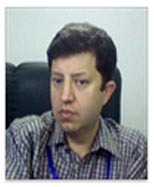 ISLAMABAD ( BMZ REPORT ) Three petitions against appointment of chairman PTA Dr. Syed Ismail Shah   will be heard in Lahore and Islamabad high courts on Tuesday. Petition has been filled against the appointment of Pakistan Telecommunication Authority (PTA) chairman, Dr. Ismail Shah and this time it is in Lahore High Court (LHC).

Petition is submitted by Shehzad Rasool in High Court through his counsel saying that appointment of PTA Chairman is not possible as the appointments of 3 members of Authority were not complete and in such a condition a chairman cannot be appointed. He also mentioned that Dr. Ismail Shah’s appointment is in clear violation of Supreme Court’s orders where the honorable court said that no person can be appointed on executive post in semi-government organization without a competitive commission. Petitioner said that Dr. Shah’s appointment is on political bases and it is hurting the goodwill of the authority itself.

Justice Ijazul Ahsan heard the initial proceedings and has asked for a reply from Government of Pakistan on the said issue on next hearing which is slated to be held on March 14.  A few days back, another petitioner, Nasim Arshad Rana, filed a similar petition in Islamabad High Court (IHC) and used the same arguments to challenge the appointment of PTA Chairman. Although there is no date set for proceedings at IHC, but with LHC setting date for 14th March, it seems that there might be some progress on this issue in coming days. Three director generals of PTA have also filed different petitions in Lahore High court. These petitions will be heard on Tuesday.