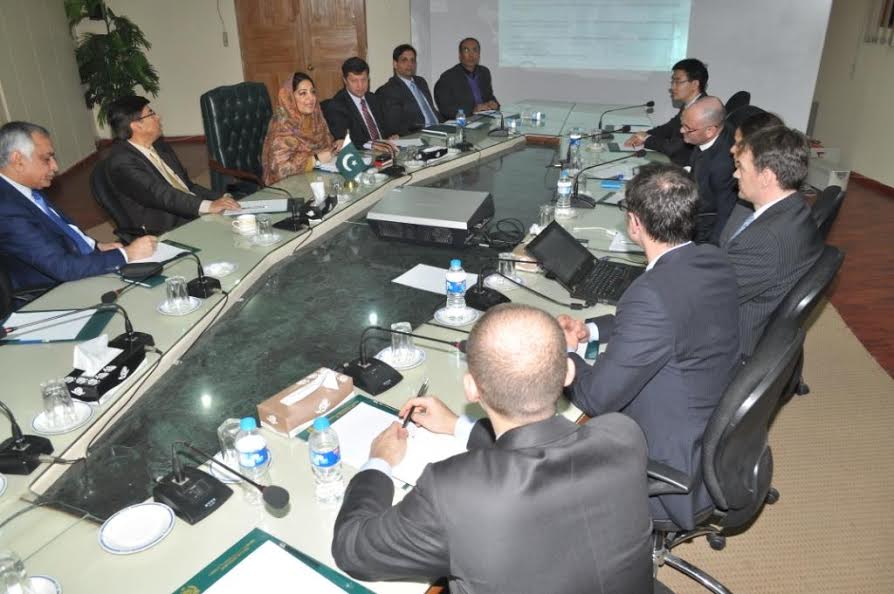 IM. draft for spectrum auction should be prepared at the earliest: Mrs.ANUSHA

Value partner consultants, hired by PTA for spectrum auction called on the State Minister IT Mrs.Anusha Rahman to brief on the ongoing preparation of the draft IM (Information Memorandum) for the next generation spectrum auction here at the Ministry of IT today.

The meeting was attended by Federal Secretary IT Mr. Ahklaq Ahmad Tarar, Chairman PTA Dr.Ismail Ahmed Shah, other officials of the Ministry and PTA.

Mrs.Anusha Rahman stressed the need for early completion of IM draft so that auction process of next generation spectrum could be achieved as per already given timelines. She further said that it is the utmost priority of the government to ensure that the upcoming spectrum auction is done in a transparent, competitive and an efficient manner and achieve optimum benefits for Pakistanis, comprising of some 60% thriving youth population.

Considering that the broadband penetration in Pakistan is less than 2%, this makes the mobile broadband market very lucrative and attractive for telecom operators.

The Consultants assured the Minister that IM draft is being prepared with due diligence and utmost care while keeping in view the best practices across the globe, after studying in general and Pakistan market specifically.

Consultants further assured full cooperation in achieving the desired goal of the Government of Pakistan.