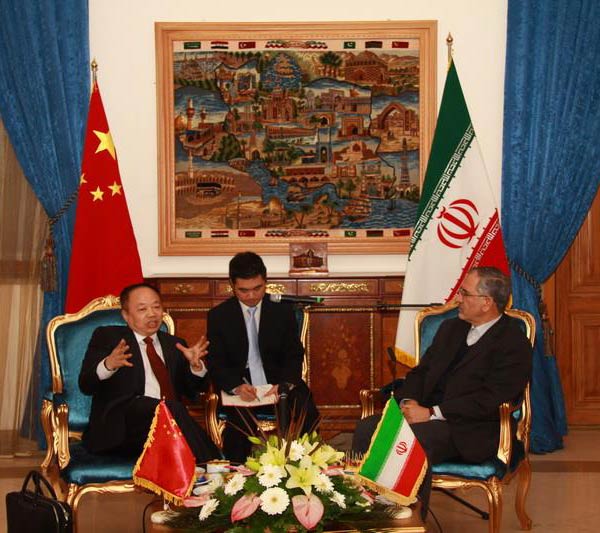 The Islamic Republic of Iran and China have reportedly reached an agreement to begin cooperating on Internet operations, aiming to implement Iran’s “National Information Network,” according to a report on the website of Iran’s Ministry of Communications and Information Technology. Nasrollah Jahangard, head of Iran’s Information Technology Organization, is quoted in the report saying that the agreements were reached in negotiations with the Deputy for Internet Information, of the Information Council.

Complementing China on its “four decades of good experiences in the application development services for information technology,” Jahangard said, “We hope to use these experiences.” Adding that the Ministry of Communications and Information Technology welcomes “the activities of the strong Chinese Internet companies to implement and enforce the National Information Network in Iran,” he expressed hope that “Chinese companies would strengthen their presence in Iran.”

The Islamic Republic of Iran’s News Network reported on December 24, 2013, that during a meeting of Iran’s Supreme Council of CyberSpace, Iran’s President Rouhani emphasized the need to establish the National Information Network, as well as “safe and healthy domestic services.” “Though efforts are made not to publicize news about this meeting in the media, the continuation of blocking of Facebook and other social networks on the Internet were some of the decisions reached at this meeting,”  IRNN reported.

The Iranian officials have tried for years to implement their own “National Internet Network” in order to more comprehensively monitor the Internet activities of Iranian users, but despite the widespread filtering of websites, serious reduction of Internet access speed, hacking of opposition news websites, and other measures aiming to restrict or block access to Internet, they have not been able to completely control the presence and activities of Iranian users on social networks.

China, however, has had much more success in Internet control. Reporters Without Borders’ 2013 Press Freedom Index indicates that from among 179 countries in the world, China and Iran rank 173rd and 174th in terms of freedom of access to media and information. “For the second year running, the bottom three countries are immediately preceded by Syria (176th), where a deadly information war is being waged, and Somalia (175th), which has had a deadly year for journalists. Iran (174th), China (173rd), Vietnam (172nd), Cuba (171st), Sudan (170th) and Yemen (169th) complete the list of the ten countries that respect media freedom least. Not content with imprisoning journalists and netizens, Iran also harasses the relatives of journalists, including the relatives of those who are abroad,” said Reporters Without Borders.

Despite high hopes for more freedom after his election, since Rouhani took office in August 2013, not only has access to social media such as Facebook and Twitter not improved, but even access to other Internet tools and networks, such as WeChat, has been suspended.