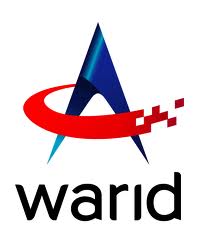 ‘Think Pink’ is a joint campaign of Warid and Shaukat KhanumMemorial Cancer Hospital and Research Centre that is aimed at creating awareness on breast cancer, its symptoms and early diagnosis. Studies have shown that early detection of breast cancer can result in a survival rate of over 90%. Unfortunately, Pakistan has the highest incidence of breast cancer in Asia. Although it is a completely curable form of Cancer if diagnosed timely and as in most of the critical cases reported, the patients were unable to identify the problem just because of not being aware of it. Warid’s female staff were trained to volunteer to spread the ‘Think Pink’ thought.

Dr. Faisal Sultan, CEO SKMCH&RC, while speaking on the collaborative effort between Warid and Shaukat Khanum  said “There are few brands which are known by their social character and Warid has always been a great support for the cause. Not only we have together spread the Think Pink message but there is always generous support from Warid we regularly get for the treatment of poor cancer patients who simply cannot afford A-class cancer treatment in Pakistan. 70% of our donations come from such responsible organizations and individual support.With the support of Warid Telecom, we have also successfully launched SKMT Mobile App. It’s a very useful mobile application with all key features combined in it.

2013-11-19
Previous Post: Universal Tele Centers in remote areas may pose a challenge for USF
Next Post: Google to block 100,000 terms associated with child sexual abuse, Hindi may be included soon