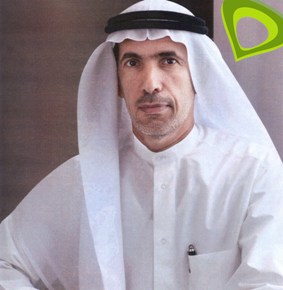 Etisalat Group, the leading telecoms operator in the Middle East, Africa and Asia, on Monday reported an 18% fall in the profit for the third quarter of 2013.

Etisalat which operates in about 15 countries across the Middle East, Africa and Asia and is in exclusive talks to buy a controlling stake in Maroc Telecom,

Quarterly operating expenses rose 32 percent to 6.09 billion dirhams. This was largely due to a 47 percent jump in sales costs to 2.15 billion dirhams, while staff costs and depreciation also increased.

Eissa Al Suwaidi, Chairman of Etisalat, said: “The Q3 results were positive across our operations, with consolidated revenues boosted by the positive performance of the group and by Etisalat UAE in particular”.

Etisalat Group aggregate subscriber base grew to 144 million by end of September 2013 representing year over year growth of 11%.

Africa cluster consolidated subscriber base grew to 12.0 million at the end of September 2013 representing YoY growth of 6%.

Asia cluster consolidated subscriber base reached 36.5 million at the end of September 2013, increasing by 28 million subscribers due to the consolidation of operations in Pakistan with effect from January 1st 2013.

Consolidated revenues during the third quarter of FY 2013 reached AED 9.59 billion representing an increase of 20% in comparison to the same period of last year.

In the UAE, revenues of AED 6.1 billion for the quarter were 13% higher than in the third quarter of 2012. The quarterly year-over-year growth in revenues was primarily due to customer acquisition, an increase in the revenues of data and handsets sales.

2013-10-30
Previous Post: Nokia reported a third-quarter net loss as sales at the handsets unit
Next Post: PHONE SPYING. The entire world, it seems, is angry at America