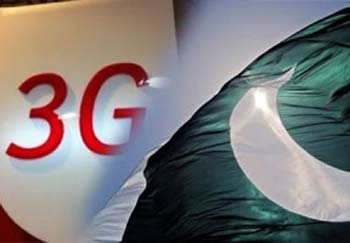 Pakistan. Next generation specttum will get Rs. 40 billion per spectrum.

By: admin
In: Telecom
Tagged: 3G/4G in Pakistan, Next generation spectrum

The telecom industry in is bracing itself for the auctioning of 3G licences and the subsequent availability of content services and reliable internet access across Pakistan.

The much delayed auction for the next generation 3G/4G spectrum has recently been given a boost as policy directives from the Ministry of Information Technology (MoIT) have been approved by the prime minister and issued to Pakistan Telecom Authority (PTA).

The entire process is expected to be completed by February 2014 and raise Rs120 billion ($1.13billion) or Rs40billion per spectrum, according to the government’s budgetary estimates. Further, the auction will be technology neutral allowing three successful bidders of the spectrum to decide whether to set up 3G, 4G or LTE (Long Term Evolution or 4G LTE) networks, said a telecom analyst at Arif Habib Research. The News Karachi reported.

“3G spectrum will likely increase mobile internet usage and further penetrate the vast majority of prepaid users,” said the analyst, adding that the technology will also play a role in developing upcoming telecom fields, which could further increase Average Revenue Per Units (ARPUs) of cellular companies.

However, officials belonging to the telecom sector have some reservations. They believe that the biggest challenge for the Pakistan Telecommunication Authority (PTA) is to ensure a fair spectrum price, as a means of providing a level-playing field to the telecom industry. “This will ensure the outreach of 3G services to consumers through infrastructure investment and network optimization by telecom operators.”

The PTA would also do well to learn from recent 3G auctions in the South Asian region, particularly in India and Bangladesh, said another cellular analyst.

A closer look at the India and Bangladesh scenarios provides relevant lessons for the auctioning of 3G licences in Pakistan, where the total available spectrum stands at 30Ghz and an operator may bid for 10Ghz at the minimum to implement 3G services on its infrastructure. “This means that out of the five operators, only 3 operators will be able to acquire a licence to offer 3G services,” said the telecom analyst.

Another telecom official cited the example of Bangladesh and India to explain the challenges ahead for the local telecom sector. The Bangladeshi market touched 107 million cellular subscribers in June 2013 and 3G licences were auctioned on September 8 2013, with a commercial spectrum of 50 GHz available for the auction, he said.

Four out of the five operators in Bangladesh succeeded in buying 3G spectrum, with one operator left out due to the non-payment of the bidding fee. The state-owned cellular operator bought 20 GHz, while the remaining three operators bought 5 GHz each. Despite a fair base price of $21 million/MHz, 15 GHz of spectrum was left unsold, said the telecom analyst.

“India’s 3G licence auction and the subsequent backlash provide an insight into how a high base price can hinder the roll out of 3G services.” The Indian government aimed to make the 3G spectrum available in 22 regions across the country with 14 operators competing for the licenses. However, out of these 14 only nine succeeded in finally acquiring a licence due to the high cost attached to the 3G license, the analyst said.

“However, despite a large market and increasing data usage, the uptake of 3G services in India has not been as widespread as expected.”

The PTA has already stated that one operator may also bid for more than one licence, which is the least beneficial scenario for consumers due to a decreased opportunity for competition.

Cellular operators said that with the uptake of data services, entrepreneurship and local business will also benefit, in turn creating socio economic gains for the country. “3G is not just access to mobile broadband. It has a cascading role in the economy through e-health, e-agriculture, e-education and employment,” said one telecom expert.

Telecom operators said that the objective of the 3G auction should not be revenue maximization in the short-term but promoting mobile broadband at affordable rates and encouraging the industry to invest in licences and infrastructure to extend benefits to the end consumers.