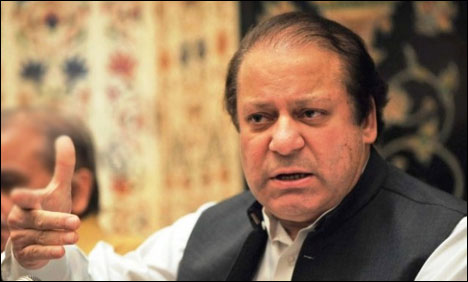 PM Ordered to Block All Unregistered SIMs On Immediate Basis.

Prime Minister Mian Nawaz Sharif, while chairing an important session on national security in Lahore, ordered to block all the unregistered SIMs on immediate basis, Geo News reported on Saturday.

According to a statement issued during the session, the Prime Minister said that amendments should be made in the anti terrorism law following the guidelines provided by the higher judiciary.

Director General Sindh Rangers briefed the Prime Minister about the law and order situation in Karachi after which PM Nawaz issued directives to block all the unregistered SIMs throughout the country with immediate effect.

Prime Minister Nawaz Sharif had summoned the meeting to deliberate over the preparations and agenda ahead of the All Parties Conference along with the anti-terrorism policy.

The Prime Minister will also be briefed upon other issues including dialogue with the Taliban, policy against drone attacks, law and order situation in Karachi, Balochistan and other areas along with the situation at the Line of Control (LoC).

The leaders are also considering responses on the possible concerns that could be raised by the political parties’ leaders during the National security meeting or the coming APC on Monday.

2013-09-07
Previous Post: PTCL is set to invest another submarine cable
Next Post: Supreme Court’s intervention in the availability of 3G technology in Pakistan