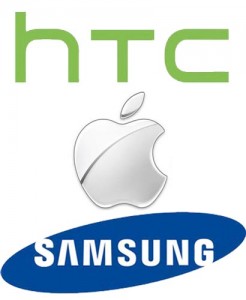 Apple has been directed by a U.S. judge to provide details of its legal settlement with Taiwan’s HTC Corp to South Korean tech giant Samsung Electronics. The detail also includes terms of a 10-year patents licensing agreement.

Samsung had approached the court requesting it to ask Apple to provide a copy of its patent license agreement with HTC that took place last week.

HTC and Apple had reached a global settlement that includes the dismissal of all current lawsuits and a ten-year license agreement. The license extends to current and future patents held by both parties. The terms of the settlement are confidential.

Samsung in the filing said that it is almost certain that Apple’s settlement with HTC covers some of the patents at issue in its dispute with Samsung,

It said that the agreement may undermine Apple’s claim that Samsung’s patent infringement can’t be resolved with license payments, according to the filing.

Apple won a $1.05 billion patent-infringement verdict in August in a jury trial against against Samsung in San Jose. U.S. District.

The legal mess between Apple and Samsung won’t be ending anytime soon. After locking horns in America, the two technology giants took their fight to Europe and Asia. While Apple prevailed in America and Europe, Samsung won crucial rulings in Japan. Therefore, it was no surprise when Apple reduced orders for memory chips from Samsung Electronics and is actively seeking out other supply lines.

The Apple-Samsung rivalry is now back in the limelight after HTC capitulated to Apple’s legal pressure, forced yet again to sign a licensing deal worth hundreds of thousands of dollars per annum in order to settle its ongoing patent dispute. One positive—for Apple fans and those sick of patent wars—in all of this, some analysts predicted, is that HTC’s loss might finally persuade Samsung to follow suit, finally settling its global patent war with Apple.

2012-11-25
Previous Post: Nasar-ul-Karim Gaznavi was not proven guilty for more than 7 billion rupee financial scam
Next Post: Google.com.pk and 284 Other .PK Domains Hacked