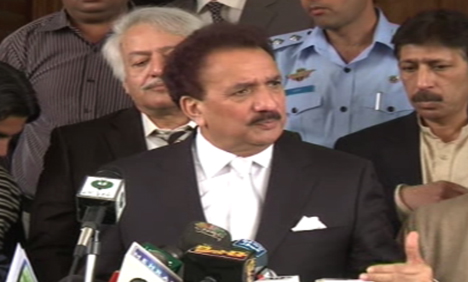 The government decided to suspend cellular and PTCL’s wireless telephone services for the 9th and 10 of Muharram in 49 cities across the country. The suspension will be in effect from 6 AM to 10 PM on both days. 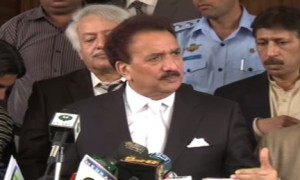 Speaking to the media on Friday, Federal Interior Minister Rehman Malik said that pillion riding is already banned in the country, urging the nation not to take bikes on streets till 10th of Muharram.

He said that mobile phone services would be suspended in 49 cities across the country.

In Sindh, the services will be halted in Karachi, Hyderabad, Khairpur, Sukkur and Larkana. Meanwhile in Azad Kashmir the affected cities will be Muzzafarabad, Kotli, Neelum, Rawlakot and Mirpur.

Rehman Malik said that the cellular services would be suspended in 10 cities of Khyber Pakhtunkhwa and 11 cities of Balochistan.

The federal minister said that the mobile phone services would also be suspended in parts of Gilgit while in Islamabad the services will be halted in sectors G6 and G9.

A ban on pillion riding was also imposed across the country on the 9th and 10th of Muharram.

Malik said that newspapers hawkers are allowed to circulate newspapers while using motorcycles from 6AM to 10 AM. He advised the hawkers to carry their service cards with them.