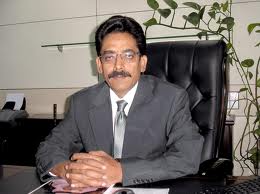 Well-placed sources told Online that former Prime Minister Yusuf Raza Gilani appointed Siddiqui as the Chief Executive Officer of the Universal Services Fund of the telecom industry without fulfilling the regulatory and legal requirements. According to the sources, Siddiqui remained such an influential CEO that he succeeded in impeding previous orders of the Ministry for a forensic audit of the Fund’s operations chiefly investments.

‘Non observance of procedure for appointment of CEO of USF,’ is the title of the audit-para no 49 on the appointment of Siddiqui as CEO. “It was observed from the personal file of CEO Mr Riaz Asher Siddiqui that the Prime Minister/Chairman of the USF Board of Directors approved the appointment as CEO. There was a gap in the process as the required selection committee was not constituted and no recommendation of penal as quoted in the order sheet was proposed by the Committee. Further as per para 3 of the appointment letter, the following was ordered by Principal Secretary of the Prime Minister “Terms and conditions of his appointment be submitted separately,” the audit para continues.

“However, it was noted that new CEO took the charge on 16-12-2011 whereas the order of appointment were issued by the Company Secretary on 28-12-2011 unauthorized(ly). The terms and conditions laid down in the appointment letter were not approved from the appointing authority as required in para 3 of the appointment letter. The appointment letter showed salary of Rs 1 million rupees per month, with 3000 cc Toyota, Prado, Land Cruiser, 500 liters petrol and other perks and privileges. The salary vehicle and petrol limits defined in the administrative structure of USF were 1600cc vehicle, salary 235000 p.m., with 300 liters petrol. Thus the conditions prescribed in USF letter issued by Company Secretary were total (in) disregard of Company Policy as well Prime Minister Secretariat orders.”

The office of the Auditor General of Pakistan has recommended action that “matter may be investigated by the Principle Accounting Officer as well Board for facts finding and fixation of responsibility for non-observance of procedures for appointment. It may also be ascertained who allowed Company Secretary to issue office order for the terms and conditions of CEO without the approval of the appointing authority.

Now claims of Siddiqui about stopping undue payments as reason to his sacking are totally belied by the letters (copies available with Online) he had been writing to the Ministry for rather release of funds for Media campaign.

Documents reveal that after writing an email to Secretary IT for the release of funds for media campaign on June 12, 2012, Siddiqui wrote three reminders first on June 19, second on July 25, and third on August 16. Even the minutes of the Board meeting on June 5, 2012 show that Siddiqui himself recommended decision on the release of funds for media campaign. More interesting is the revelation that Siddiqui has been, anxiously, trying to get the funds released to the same advertising agency that he used to object to in May 2012.