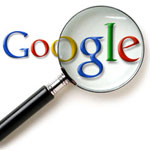 China unblocks GoogleGoogle and all its services

all its services have been restored in China after having been blocked on Friday reports Greatfire.org.

According to reports, Google Search, Gmail, Google Maps and Google Play were apparently blocked by Chinese government on Friday. People were unable to access Google servers instead the actual IPs of Google were redirected to a non-existent website.

In 2010, after a clash with Chinese government, the threatened Google had shifted its servers from China to Hong Kong for giving Chinese users uncensored results.

Google services were blocked after Communist Party’s 18th National Congress session started on Friday for selecting new generation of leaders for next 10 years.

Services have been restored in the country after being blocked for over 12 hours.

One of the theories say, Chinese government didn’t want to have  a public discussion on Google particularly when it selects leadership for next decade.