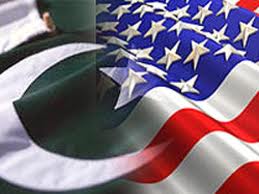 The United States has raised serious objections on ICH

The United States has raised serious objections on the unilateral increase in international calling rates by Pakistan which has become a serious issue of concern to millions of overseas Pakistanis.

US has expressed concerns over Islamabad’s increased rates saying that this step raised serious questions with respect to Pakistan’s World Trade Organisation (WTO) commitments, The News has learnt.

But Pakistani side has rejected the concerns expressed by US on the pretext that this new mechanism placed by the government would not affect the country’s commitments towards WTO.

A spokesman for IT Ministry on Tuesday confirmed the US letter and said a reply to address their concerns was being sent.

He said the ICH was in the interest of the country and there would be a lot of benefits for Pakistan in the aftermath of implementing this regime. The LDI industry, he said, was suffering a lot because of uncertainty in the ICH regime.

“The ICH mechanism is even more important than auction of Third Generation (3G) licence because it would ensure continuous revenue streams in shape of foreign currency instead of one time transaction,” he said.

An official communication sent out by the executive office of President, Office of the United States Trade Representative, Washington DC, Christine Bliss, a copy of which is available with The News, states that economic fundamentals suggested that such a rate increase would significantly affect the cost of services related to telecommunication tariff between Pakistan and the world. It would cause negative affects on foreign telecommunication operators (US operators).

According to documents available with The News, Pakistan’s Ministry of Information Technology (MoIT) in consultation with 14 LDI operators including PTCL has been engaged preparing detailed response to address the concerns of US authorities by explaining that the industry gave advance notices to all international operators and carriers to adjust their tariffs, therefore, they do not see any negative effect of foreign telecommunication operators.

Pakistani side also argued that the new regime implemented by the government for Pakistan inward termination has no conflict with the country’s commitment towards WTO. The US letter cited an example by stating that one US company reported to them that currently it pays less than $0.0140 per minute of traffic placed to Pakistan, thus, increase in termination cost is expected by 400 percent. According to most recent report from US Federal Communication Commission, almost 300 million minutes of traditional circuit switched traffic from United States terminates in Pakistan every year.

In response to US concerns, Pakistani side also stated that there were a number of operators providing more than 300 million minutes a year and they accepted the new regime placed by the government. The rate of $0.0146 per minute was offered based on heavy discount by LDIs from their shares which now have been withdrawn.

The Pakistani side said in pre-ICH the Approved Settle Rate (ASR) for termination of incoming calls stood at $6.25 which was revised upward to $8.80 per minute, registering net increase by 40 percent against claims of 300 to 500 percent.

It has been conceded that actual prevailing rate before ICH was around $1.25 per minute for reasons that LDI gave discount to foreign carriers. Now the discount is no more sustainable financially and commercially, the official communication says.

2012-10-24
Previous Post: Internet swindlers’ gang busted, three suspects arrested
Next Post: The Second round of ICH Board meeting was held