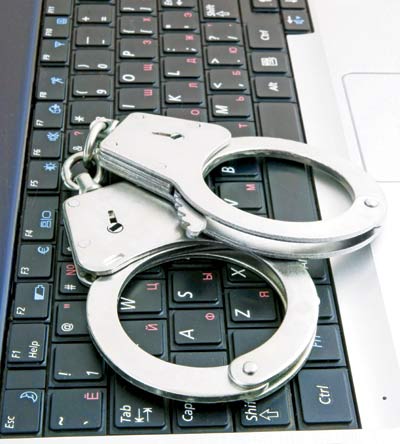 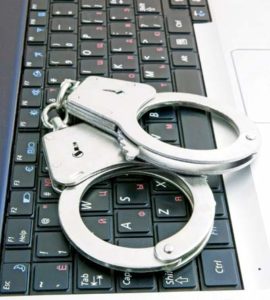 A gang of swindlers involved in defrauding citizens across Pakistan of Rs270 million by offering attractive benefits through the Internet was busted on Tuesday by Quaidabad police.
The police also seized laptops, Internet devices and mobile phones used in the massive fraud.
Bilal Khalid Shafi, a resident of Gulistan-e-Jauhar, had lodged a complaint at the Quaidabad police station against the alleged swindlers named as Syed Muhammad Shahab Alam alias Double Shah (Karachi Wala), Syed Muhammad Wahab Alam, Farasat, Zohaib Ahmed alias Ali, Javed Askari, Kashif, Malik Asad and Amjad Abbasi.
SSP Investigation Malik Altaf Awan had assigned the task of arresting the fraudsters to SHO Quaidabad Amanullah Marwat, ASI Zubair Nawaz and other officials, who after tracing the culprits conducted a raid in Mansehra Colony and nabbed the mastermind, Shahab Alam, and his two accomplices, Asad and Abbasi.
The arrested mastermind had been operating through Globalinternetjobs.com, an advertising and investment site, and cheating innocent people by offering attractive returns on their investments.
The accused confessed during interrogation that he had swindled Rs270 million out of people in Quetta, Karachi, Islamabad, Lahore and interior Sindh during the last five years. He also disclosed that he had deposited Rs110 million in foreign banks with the help of his friends.
He said he operated through his head office in Al-Fiza Tower, Gulistan-e-Jauhar, Block-14, and other franchise branches across the country. The police are carrying out raids to arrest the remaining accomplices.

2012-10-24
Previous Post: Mobile services can be suspended on Eid: Malik
Next Post: The United States has raised serious objections on ICH