Pakistan asks US to remove blasphemous film from YouTube

Pakistan has officially demanded of the US government that it immediately take measures to remove from YouTube the sacrilegious video attacking the person of Holy Prophet Hazrat Muhammad (PBUH) and take action against the film’s producer.

After waiting for several days which saw the country erupt in violent protests and major cities turn into battle zones, the Ministry of Foreign Affairs decided to summon US Charge d’Affaires Richard Hoagland and lodge a “strong protest over the blasphemous video”.

“This was an attack on 1.5 billion Muslims and a premeditated and a malicious act to spread hatred and violence among people of different faiths. All faiths need to promote inter-religious harmony and tolerance. The intentional spread of hatred among faiths is an attack on humanity itself,” spokesman at the Foreign Office said in a statement.

The Red Zone through which Hoagland drove to reach the Foreign Office has seen some of the fiercest demonstrations. Later a statement from the US embassy noted that Ambassador Hoagland reiterated his government’s position as well as that of the US leadership that they strongly condemnthe video. “The video was disgusting and was the act of one aberrant individual. A vast majority of American people have also condemned it,” the ambassador conveyed to his hosts.

Ambassador Hoagland stated that the act of making the film was a deeply insensitive decision by a single individual to disseminate hatred. “It does not reflect the values of the United States, a nation of more than 300 million people, built upon the pillars of religious freedom and tolerance,” Hoagland said.

He called for citizens to remain calm and express their views peacefully, while underscoring his appreciation to the government for its commitment to protect the facilities and personnel of diplomatic missions. 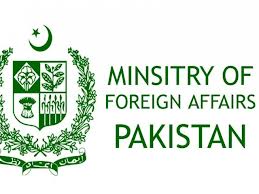