PTA.122 websites have been blocked

As cyber attacks are becoming more common, government has felt the need to revise and implement a more practical cyber law in Pakistan. A draft will be presented before parliament in the coming week for its approval. The decision was taken in a high level meeting chaired by Interior Minister Rehman Malik and attended by Secretary Interior, Secretary IT, Chairman PTA, Additional Secretary, Ministry of Interior, Director and other senior officials as reported by business recorder.

Malik directed to form a special task force that will keep monitoring the internet on 24 hours basis for any anti-Islamic website and blasphemous content including audio, video and pictures. The task force will have all the rights to block the access of any website doing violation in this regard. The task force will comprise of Member Legal of MoITT as head whereas, Member Technical, DG, representatives of PTA and FIA will be its members.

Chairman PTA and two federal secretaries will keep monitoring the work of this task force and will give them advise every week for further strengthening the monitoring system.

It was told that some 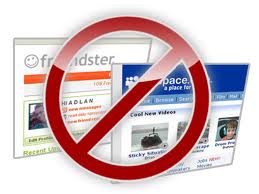 that were either running or had links to controversial blasphemous movie ‘Innocence of Muslims’.

Malik also warned the public particularly web publishers and designers to refrain from uploading any such (derogatory and obscene) material that could hurt the feelings of masses. Strict action would be taken against anyone found guilty.

Pursuing the same cause, Rehman Malik has also written a letter to Interpol for making strict laws in connection with cyber terrorism.

The meeting also discussed some more important things from the point of view of national security. On Eid ul Fitr, Rehman Malik had announced that Pre-Paid SIMs would be blocked in Pakistan as they were being used in most of the terrorists activities in Pakistan. So far, no concrete decision has been taken in this regard but it was hinted that the matter will be discussed in a larger meeting next week after discussing it with all the stake holders including the cellular operators in Pakistan.

I personally believe that government won’t be able to take such a harsh decision because main culprit in this whole scenario is unregistered SIMs.  PTA blocked some 24 million SIMs on the directions of Government in a drive to eliminate the ghost mobile SIM factor which is turning out to be a major element in terrorists activities. Out of the total, some 7 millions Mobile SIMs are still blocked owing to their registration on fake IDs or they are stolen.

A decision has been taken for improving the SIM verification process to further clean the subscribers database. Cellular operators will make use of thumb impression technology for verifying a mobile SIM ownership or they will use electronic devices to accomplish the task in association with NADRA, Ministry of IT and PTA.

Another important step was taken in the meeting that is monitoring of mobile phones import. It was  decided that no two mobile phones can have same International Mobile Equipment Identity (IMEI) number and all the mobile phones having similar IMEI numbers should be confiscated by FIA on immediate basis. Concerned authorities including FBR has also been directed to make sure the clean import of mobile phones in Pakistan having unique IMEI numbers.

In our opinion, this decision will affect the Chinese mobile phones market in Pakistan which has already taken 50% of market share in the recent months. Branded mobile phone manufacturers would be the beneficiaries in this case as their sales figures had gone down considerably due to rise in the popularity of low cost Chinese mobile phones.

Only the coming days will tell the effectiveness of these claims but apart from implementing the strict policies, Government will have to make sure that IT and freedom of expression in Pakistan is not abused in the name of national threat and obscenity.

2012-09-15
Previous Post: Warid has increased the scale of its International MMS
Next Post: The Lahore High Court has dismissed petitions against PTCL