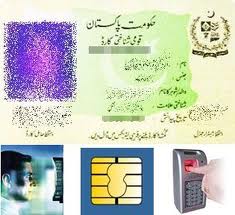 First Smart Card has been issued on the name of Asif Ali Zardari, President of Pakistan, the sources said adding that Director General (DG), Nadra, presented the first card to President Asif Ali Zardari in President House on Monday night.

The Smart Card is a 3rd Generation Chip-based identity document that is built according to international standards and requirements. The card has over 36 physical security features and uses latest encryption codes making it the safest card in the world.

Nadra plans to open its public facilitation centres in London, Birmingham, Manchester, Bradford and Glasgow and later will expanding into the rest of Europe. These offices will operate as extended counsellor sections and approval for them has already been granted by the Ministry of Foreign Affairs.

Smart NICOP will provide 2.5 million overseas Pakistanis in Europe with priority travel, banking facilities and increased security as well as the existing visa-free entry to Pakistan. Nadra plans to bring out a number of services on the Smart Card and these will be provided upon availability. The card is programmed with a match-on-card applet, which first confirms the biometrics of the user and then grants access to it. The card is printed on multiple layers of polycarbonate material, each layer containing its own security features. This card is hence the most secure in the world and protects the data of citizens at every level.

2012-09-11
Previous Post: 11 cities of the country have quick money transfer.
Next Post: CCP go legal against concerned bodies if ICH is implemented