PTA has ordered immediate unblocking of its anti-chairman web site

Embarrassed by a news item published i 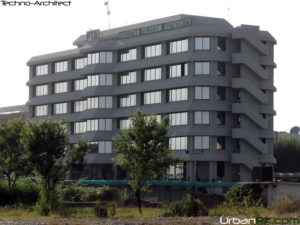 n Jang and The News on 3 September 2012, Pakistan Telecom Authority (PTA) has ordered immediate unblocking of its anti-chairman web site, www.farooqawanexposed.com and http://www.facebook.com/#!/3Gcorruption. In an email order dated 3 September 2012 addressed to all Internet Service Providers (ISPs) of the country, PTA noted “please unblock/restore, website links immediately and confirm the restoration of websites by today before 1300 hours”. Few days back, PTA issued orders of blocking these web sites that contained material against its recently appointed chairman, Farooq Awan, who asserted that the allegations were baseless. The manner in which PTA wanted to blackout these web sites however casts shadows of doubts on claim of chairman PTA. If was for the first time that PTA ordered ISPs to block web sites against its own chief, a move criticized by industry associations and civil society. Industry experts say that PTA on its own cannot order blockage of any web site if it does not fall within pornography, threat to security or integrity of Pakistan and/or blasphemy. Any such decision has to be backed by legal framework or a decision of Inter-Ministerial Committee having representation of key ministries and sensitive organizations, which was not definitely obtained in the case of anti Farooq Awan sites.