Perturbed over allegations of Rs47 bill 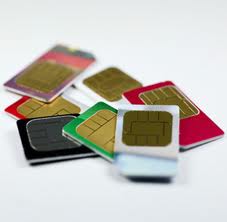 ion sales tax evasion over the past five years, telecom operators will try to bail themselves out by bringing forth the Pakistan Telecommunication Authority’s position that the interconnection charges are ‘expenses’ and not `income’ under the Calling Party Pays regime.

During back-to-back meetings last week, the five telecom operators reportedly expressed their concern over what they claimed a ‘propaganda’ campaign against them with regard to Rs47 billion tax on interconnection charges.

Although the phone operators have sought Prime Minister Raja Pervez Ashraf’s help in stopping the National Accountability Bureau from holding a ‘media trial and harassment’ they are confident that the PTA’s stance over the issue would settle the matter in their favour.

“We have decided not only to knock at the door of relevant quarters to bail us out but also to present `facts’ to the public,” a representative of a leading telecom company told Dawn on Sunday. He said that telephone operators had been awaiting a positive response from the prime minister and were also optimistic that the PTA would stand by them over the issue.

The PTA had declared the interconnection charges as expenses when the CCP regime was inked.

“The interconnection charges are not income and tax cannot be imposed on expenditures.

“Therefore, we do not see the operators will be penalized in this case at end of the day,” a PTA official told this correspondent.