Moitt. Advertise for consultant to expedite the process of 3G licence auction

By: admin
In: Telecom
With: 0 Comments
ISLAMABAD (MEDIA)
It was decided in a briefing on 3G licence by the Ministry of Information Technology, chaired by Prime Minister Raja Pervez Ashraf, to immediately give advertisement in the media for hiring of a consultant to expedite the process of 3G licence auction which had already got delayed considerably due to the unn 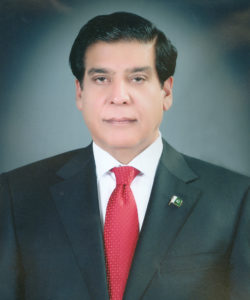 ecessary official procedures.
The PTA was directed to seek list of experts from Ministry of Information Technology to evaluate Expression of Interest (EOI) from the consultant. PTA assured that the letter would be written to the Ministry for seeking the list of participants to be the part of the EOI/RFP committee in order to meet the imperative of transparency in absolute terms. PTA Member Technical assured that after receiving the list from Ministry of Information Technology PTA would accord approval as per the provision of section 5 (2) (R) of Pakistan Telecommunication Re-Organization Act 1996
It was also reiterated in the meeting that it is the PTA’s responsibility to carry out the auction of 3G license in a transparent manner.
The meeting was attended by Mr. Qamar Zaman Kaira, Minister for Information and Broadcasting, Dr. Abdul Hafeez Sheikh, Minister for Finance, Chaudhry Ahmad Mukhtar, Minister for Water and Power, Mr. Asim Hussain, Advisor on Petroleum, Secretaries for IT, Finance, Law & Justice and other government officials.
2012-07-27
Previous Post: WARID: International Roaming and IDD Discount 75% off
Next Post: PTCL recently held an Inter-Departmental Badminton Tournament