The Indian navy is planning to create a dedicated cyberforce 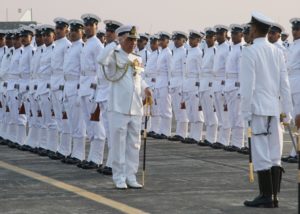 The Indian navy is planning to create a dedicated cyberforce specializing in Information Technology to protect its networks from hackers’ attacks.

According to the Economic Times on Friday, the navy will use these officers for administering and managing these IT networks, and is moving toward connecting all its war-fighting assets through safe and secure networks. The officers will be posted on navy ships and establishments to carry out IT duties, and also handle state-of-the-art and niche applications in operational and administrative areas.

Their job scopes will include “designing and implanting secure and critical networks including manning of security operations and network centric operations centers”, the navy said. Navy officials however, maintained that these officers will only be required to protect networks and not carry out offensive attacks on other networks.

Already, the navy has issued advertisements to invite IT professionals to join the cyberforce. In April, it revealed plans to ensure all its new officers will have at least a bachelor’s degree in technology, due to the expansion of warship technology, according a separate report by The Times of India.

Just last month, hackers had breached India’s naval computer systems in and around the port city of Visakhaptnam n the state of Andhra Pradesh, and planted a bug which sent sensitive data to IP addresses in China.