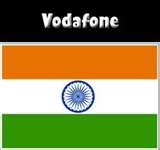 Vodafone has threatened international arbitration against India if the country goes ahead with plans to introduce a retrospective tax on M&A deals.

The tax change will revive a long running spat between the UK-based operator and the Indian government relating to Vodafone’s US$10.7 billion acquisition of Hutchison in 2007. Earlier this year, India’s Supreme Court ruled that Vodafone was not liable for a US$2.2 billion tax bill relating to this deal – but the operator fears that the proposed legislation will quash this verdict.

Vodafone has served the Indian government with a ‘Notice of Dispute’ regarding proposals in the Indian Finance Bill 2012, which it claims “violate the international legal protections granted to Vodafone and other international investors in India.”

The notice has been served via the group’s Dutch subsidiary Vodafone International Holdings BV (VIHBV), and is the first step required to enter international arbitration under the Bilateral Investment Treaty (BIT) between India and the Netherlands.

“Vodafone believes that the retrospective tax proposals amount to a denial of justice and a breach of the Indian government’s obligations under the BIT to accord fair and equitable treatment to investors,” said the operator.

It added that the tax proposals have been “criticised by businesses and industry bodies representing more than 250,000 companies across the US, Europe and Asia.”

According to an AFP report, the move would allow India to tax the sale of Indian assets, even if seller and buyer are foreign, back to 1962.

Vodafone said it would prefer to reach an “amicable solution to this matter,” but also warned it would “take whatever steps are necessary to protect its shareholders’ interests, including commencing investment treaty arbitration proceedings under the BIT against the Indian government.”