Yahoo Lays Off 14 Percent of Workforce

Yahoo continues to find itself in the news and this time it’s a swath of layoffs that’s getting the company some press.

Yahoo announced the cuts Wednesday and will lay off 2,000 employees – roughly 14 percent of the company’s 14,100-strong workforce. Yahoo has estimated that the cuts will save it $375 million per year, after, of course, the $125 to $145 million that will need to be set aside for severance packages. 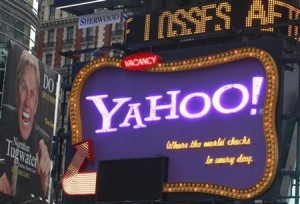 These layoffs come as Yahoo struggles to redefine itself in a changing tech marketplace. CEO Scott Thompson’s sweep of the job pool is the sixth mass layoff in the last four years for the company. During that time, Yahoo has gone through three different CEOs. This cut, however, is the most significant, beating out the 2008 round of cuts that saw 1,800 workers lose their jobs to Yahoo’s streamlining mechanism.

The end results of such layoffs usually make for short-term positives, like when the previous layoffs boosted earnings. Revenue wasn’t remedied, though, and Yahoo’s slide continued inevitably. Without more changes that impact what Yahoo introduces to consumers, history is bound to repeat itself as this round of workers are presented with their pink slips.