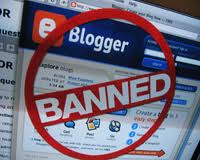 Ministry of IT & Telecom has finally stopped proceeding on website filtration plan on which local and international internet companies have shown massive reaction.

Internet Censorship in Real or its Just Blockade of Obscene  Material? As the advertisement by the National ICT R&D got published in the leading newspapers recently, seeking solution providers for URL level blocking and filtering of “objectionable” material on the internet, the debate on internet censorship has been widespread amid civil society activists expressing doubts over authorities’ intentions to limit internet freedom for public on political grounds.

Majority of the people support the authorities to block obscene material on internet for protecting society – particularly growing up students from the menace; whereas there are people who have expressed their reservations over the mechanism of this plan that may be exploited for massive censorship to suppress the public freedom of expression in case of any political opposition.

This highly hyped URL filtering system is an effort to centralize the blockade process of adult websites, which is currently being done manually at individual level by ISPs. So theoretically there’s nothing new. No new rules, no new policy.

The National ICT R&D consists of representation of private sector as well, which can monitor the systems utility in future also and raise objections if National URL Blocking and Filtering System is exploited or misused.

A committee could be constituted with members inducted from government, private sector and rights groups that can monitor the working of the system in future.