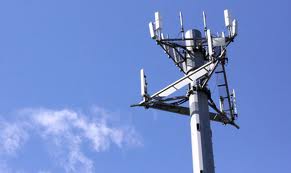 The GSMA and Bharti Infratel Limited signed a Memorandum of Understanding on Wednesday to develop and promote green technologies for telecom tower infrastructure in India. The collaboration will entail working together to convert 1,000 Infratel towers into green sites, which will reduce greenhouse gas carbon emissions by almost 11,000 tonnes as a result of the reduced usage of diesel.

Bharti Infratel is one of the world”s leading telecom tower infrastructure providers, owning over 33,000 of India’s estimated 400,000 towers. Having predominantly a rural footprint, they have nearly 9,000 off-grid towers, which accounts for 18 per cent of total off-grid towers in India. Infratel has already converted over 10,500 sites to alternative back-up power, out of which almost 1,350 sites are now on solar hybrid; converting an additional 1,000 is the first step of engagement with the GSMA.

Infratel has been the torchbearer in successfully pioneering green energy initiatives. Its award-winning GreenTowers P7 initiative has been running for almost two years and is a comprehensive, energy efficiency and alternate energy programme, aimed at reducing diesel usage and carbon emissions. The GreenTowers initiative is scoped to cover 70 per cent of Infratel’s tower network. It includes seven high-impact initiatives that are focused on reducing CO2 emission by 154,000 tonnes per year by reducing diesel consumption by 58.17 million litres per year.

“We are delighted to join hands with the GSMA and firmly believe that this partnership will present an exciting expansion to our expertise and leadership in deploying clean energy initiatives across our tower footprint,” said Sairam Prasad, Chief Technical Officer, Bharti Infratel. “This vital partnership is a step further in our endeavour of fore-fronting green within the telecom tower infrastructure industry and will enhance the capacity of Infratel’s GreenTowers P7 initiative.”

“This partnership will have significant impact in reducing operating expenditure by 10-20 per cent at each individual site, as well as a significant reduction in carbon emissions,” said Chris Locke, Managing Director, GSMA Development Fund. “Using the insights gained from our partnership with Bharti Infratel, we will produce a best practice guide and case study which we hope will lead to widespread industry change as the industry follows Bharti Infratel’s lead.”

The GSMA’s Green Power for Mobile programme, supported by the World Bank’s International Finance Corporation (IFC) works to promote and institutionalise green power in a number of markets including India.