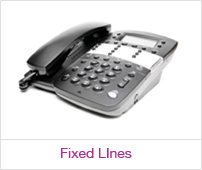 lion to the fixed line telecom companies based on recommendations of ministerial committee headed by the Minister for Kashmir Affairs and Gligit Baltistan, Mian Manzoor Ahmad Wattoo.

Official documents reveal that the Minister for Privatisation, Ghaus Bux Khan Mehar conveyed his concurrence to the recommendations in a telephonic conversation with the Chairman of the committee, record of which is not available.

The documents disclose that a summary dated July 9, 2011 was submitted by the Ministry of Information Technology on “equal treatment for contribution in Research and Development Fund for fixed line operators”. The cabinet referred the issue of implementation date of reduced R&D tariff to the already constituted committee in March 17, 2009 to consider the claim of the fixed line operators and present its report to the cabinet.

On the presentation to remove this discrimination, Ministry of Information Technology initiated a summary for the cabinet recommending a uniform rate of 0.5 per cent, R&D contribution for both mobile and fixed line licencees.

The cabinet considered the summary in its meeting held on February 18, 2009 and decided to constitute a committee to comprehensively review the matter in the light of the decision in the cabinet and present its findings/ recommendations in the next meeting of the cabinet.

The committee held several meetings and its recommendations were presented before the cabinet in its meeting held on November 18, 2009. The cabinet approved the proposal i.e. reduction R&D fund from 1 per cent to 0.5 per cent with immediate effect.

In view of the approval of the cabinet, Ministry of Information Technology issued the policy directives to PTA conveying the decision of the cabinet to be effective from the date of cabinet decision i.e. November 18, 2009. However, fixed line operators resented the date of implementation of the decision and demanded that the decision should be enforced not from “immediate effect” but “retrospectively” i.e. January 2004 on the grounds that the anomaly which has been rectified needs to be implemented from the date of issuance of the policy rather than future application.

Meeting of the committee constituted by the cabinet was held on October 17, 2011 under the chairmanship of Mian Manzoor Ahmad Wattoo which decided “since the differential in R&D fund contribution rates was created in January 2004 with the approval of cellular mobile policy, the new rate of 0.5 per cent of the annual gross revenue for the fixed line operators already approved by the cabinet, will be given effect from the same date i.e. January 2004”.