Samsung Electronics, a market leader and award-winning innovator in consumer electronics, and telecommunications, is expanding its network of ‘Samsung Concept Shops’ in numerous cities across Pakistan. 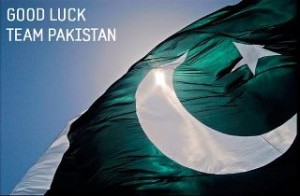 Managing Director Samsung Pakistan Mr. John Park said; “The Samsung Concept Shop is a model of the Samsung Retail Brand, from where all retailers can learn and emulate for a consistent branding approach. This month, we have also opened new concept shops in Gujranwala, Sargodha and Faisalabad, which are already providing world-class retail consumer experiences.”

Samsung Concept Shop is a One-Stop solution for exploring and purchasing all Samsung products with genuine Samsung warranties. It displays; Samsung 3D Smart TV’s, LED and LCD TV’s, Monitors, Plasma Display Panels, IT products, Cameras, Mobile phones, and Home Appliances. For the first two weeks after the inauguration, product installation services will be provided free-of-charge to the purchasers.

During the current expansion programme, that began on 12th March, new Concept Shops would also be inaugurated in Karachi, Hyderabad, Jehlum, Multan and Sialkot.