Concern about new bid to censor the Internet: HRCP, FIDH

By: admin
In: Consumers
With: 2 Comments

On the occasion of the international day of action against Internet censorship, the International Federation for Human Rights (FIDH) and its member organisation, the Human Rights Commission of Pakistan (HRCP), have expressed deep concern over an attempt by the Ministry of Information Technology in Pakistan to further restrict freedom of expression, creativity and peaceful thought on the Internet, by projecting an extensive filtering system that will, if implemented, allow authorities to block up to 50 million “undesirable” URLs at the national level.

The National ICT R&D Fund of the Ministry of Information Technology released in February a call inviting academia/research institutions, companies, organizations to submit, by 16 March 2012, a proposal for the set-up of a filtering system. The call claims that Internet access in Pakistan is mostly unrestricted and unfiltered, so that Internet Service Providers (ISPs) and backbone providers in the country need a high-performance system to block millions of URLs containing “undesirable” content as notified by the Pakistan Telecommunication Authority (PTA).

“Censorship is already very tight in Pakistan; 13,000 websites considered guilty of publishing adult and blasphemous content have already been blocked. On 14 November 2011, authorities requested mobile operators to censor the content of SMS and ban 1,600 words and expressions. Over the last summer, operators received the order to submit lists of Internet users trying to escape censorship, which corresponds to a system of surveillance”, said Zohra Yusuf, HRCP chairperson.

In his annual report to the UN General Assembly in 2011, the UN Special Rapporteur on the promotion and protection of the right to freedom of opinion and expression, Frank La Rue, stressed that “as a general rule, there should be as little restriction as possible to the flow of information on the Internet, except under a few, very exceptional and limited circumstances prescribed by international law for the protection of other human rights”.

The Special Rapporteur also recommended that if restrictions are imposed, States must “provide full details regarding the necessity and justification for blocking a particular website, and determination of what content should be blocked should be undertaken by a competent judicial authority or a body which is independent of any political, commercial, or other unwarranted influences to ensure that blocking is not used as a means of censorship”.

“International law imposes a high threshold over the types of expression that could be legitimately restricted, such as incitement to racial hatred or child pornography, but restrictions on expressions and opinions on the mere ground that they are critical of the government or objectionable to prevailing social norms are not compatible with Pakistan’s obligation under international law to protect freedom of expression,” said Souhayr Belhassen, FIDH president.

FIDH and HRCP request the government of Pakistan to put on hold the set-up of the filtering system and ensure that the measure does not end up institutionalizing Internet censorship and surveillance and is consistent with Pakistan’s obligation to protect the freedom of expression.

Civil society and human rights groups should be consulted in an inclusive manner and their recommendations duly included in the project’s terms of reference.

The decision on what content should be blocked must not be left to the whims of bureaucrats. An independent judicial body should determine the necessity and justification for blocking a particular website to prevent arbitrary restrictions. Forums for appeal against the decisions of such a body should also be provided. 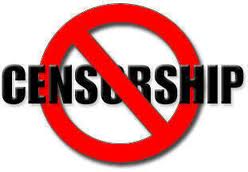