By: admin
In: Telecom
With: 49 Comments

The most attractive stall have been fabricated by Wateen Telecom and at its adjacent Microsoft Corporation which participated with its all its affiliated groups as well and among them the most impressive participation of the Microsoft affiliated “Root school” they are working on the IT project based teachers training and have made many achievements on the international level as well, many of their teacher got higher ranks during the Microsoft conducted educational programs in Jordan and Washington DC, in to the same panel they demonstrated “Change” Organization , it’s a social organization working for the rehabilitation of the Government primary schools majorly cause they thinks the condition of these school need immediate attention on the mass level.

The exhibitors who have purchased stalls by heavy amount of sponsorship reportedly also found less satisfied, specially about the visitors turn-over and profile while the mainstreams exhibitors gave mix type of comments about out comes of their participation. It have been observed that the distributors like Dell, Intel, Acer, Microsoft and Yahoo who participated to target the corporate client shown their unsatisfied views but the exhibits who majorly targets individual consumer have shown positive remakes about the audience, they also mentioned that through this exhibition they got a chance to approach directly to the client and that is how they are maintaining their prospect customers database.

Majority of the exhibitors were found complaining non-availability of ITCN management. “Look, can you find any senior staff member of ITCN here? It seemed they just attended on the inauguration session of first day for the photo session but now even they are not attending our phone calls.” One of the angry exhibitors said.

ITCN Asia has always attracted a large number of university students. A private university student said that he comes every year to this exhibition because world-renowned IT companies participate in the fair apart from the past few years ITCN going through a visible crises due to a rise in security challenges and low GDP growth in the last couple of years, the number of visitors in trade exhibitions has dropped significantly and also the major factors behind the success graph of ITCN ASIA as comparison of past 11 years of its history.

“Unlike last year, few visitors come on the first day but we have received comparatively good response from internet users ranging from game lovers to IT techies in the first few hours of 2nd day.” A sales executive said.

Dr Khursheed Nizam, organizer of ITCN Asia, while talking to the media, expressed: “Despite all problems, this year we expect over 0.1 million visitors in three days,”

On the contrary to Dr. Khursheed Nizam’s claims the exhibitors informed that actually there are only Pakistan-based multinational companies and other local companies established their stalls which are fabricated very smartly among three halls so defiantly not counted over 120 companies. A lesser ratio of the foreign visitors presence so far obviously not as said asserted above by Mr. President, also the claims proven unbelievable that the participants from 17 countries gathered at the ITCN Asia 2011″ As one of the stall-holders said.

To get the viewpoint of ITCN Management on above, Dr. Khursheed Nizam, President, Adeeb Aijaz, GM Communications & Media and Wasi ul Haq, Manager Media were repeatedly tried to be contacted and requested to share list of participants but none of them bothered to give feedback on it. 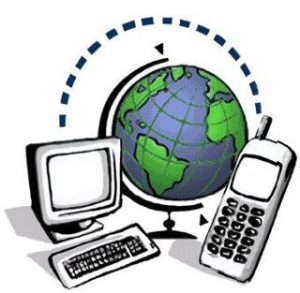