Telecommunication giants Ufone and Mobilink have upgraded their telecom hardware and are all set for the third generation (3G) regime,

Huawei Pakistan Deputy CEO Colin Hu said that Ufone in the last two years purchased telecom equipment from Huawei and is ready to switch up a notch to 3G across the country.

The country’s largest telecom company, Mobilink, had been running on decade-old Motorola telecom equipment before the switch to Huawei equipment. The equipment has not been entirely replaced but Mobilink is ready to switch in all major cities of the country, said Hu.

He confidently said that Huawei could switch to the new spectrum within a month of approval of 3G licence. However, an expert pointed out that this was quite a complicated process and that a month might be a bit unrealistic.

The government earlier this month constituted yet another committee to resolve the dispute over auction of 3G advanced services mobile phone licences.

Differences have surfaced over the interpretation of an agreement between the government and Etisalat on sale of shares of the state-owned telecommunication company.

The telecom giant was of the opinion that the government could not sell a new telecom licence for any spectrum until seven years, which would end in March 2013, but the government has taken the position that 3G licence is not something new, but actually an extension of existing services.

There are a number of projects in progress as part of this enhancement process, said Mobilink spokesperson while responding to a query. “Part of this upgrading also ensures that our networks are 3G upgradeable when the eventual shift to 3G is undertaken,” the spokesperson added.

Hu further explained that Huawei is one of the major telecom players in Pakistan with more than 60 per cent market share in telecom and hardware solutions. Given this, he said that the company will be a major fixture in the 3G and later 4G (LTE) rollout in Pakistan. Huawei has been growing exponentially over the last 13 years in Pakistan at a time when other companies in the sector are having quite a difficult time in recession, said Hu.

Huawei is also on the verge of launching its enterprise business portfolio in the hope of competing with information and communication technology competitors like Cisco and Juniper.

Huawei is aiming to provide solutions to all banks, government departments and different verticals of the industry, said the Chinese tech giant’s Deputy Chief Technology Officer, Faisal Ameer Malik. He added that they want to have 30-40% of the enterprise business by next year. 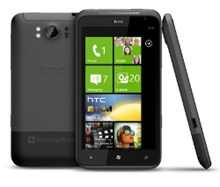