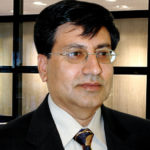 Pakistan Telecommunication Authority (PTA) has awarded gold medals with cash prizes to the students of two best research projects in IT & Telecom for the year 2010. Chairman PTA, Dr. Mohammed Yaseen presented gold medals to the winners of the competition during a ceremony held at PTA Headquarters, Islamabad today. Member (Technical) Dr. Khawar Siddique Khokhar and Member Finance (acting), Mr. Shabbir Ahmed were also present on the occasion. The event was attended by the senior officers of the Authority, faculty members of the universities and parents of the awardees.

The Gold medals were awarded on the basis of a competition among accredited national universities held by PTA for the best research projects on IT & Telecom. Total 10 research projects were received from different universities which were later on scrutinized and evaluated by a PTA committee through a transparent procedure of marking. On the basis of highest obtained marks two research projects of Mr. Faran Mahmood (Team Lead) from Institute of Space Technology Islamabad (IST ISB) and Mr. Absar-ul-Hasan Shah (Team Lead) from National University of Science and Technology Rawalpindi (NUST) were selected for the award of Rs.50, 000/- each and gold medals. Moreover team members of the winning projects Mr. Bilal Akhtar , Mr. Areeb Riaz, Mr. Syed Muhammad Athar Ali, and Mr. Ali Raza Anjum were also awarded the Gold medals and cash prizes.

Addressing the ceremony, Chairman PTA said that as reflected from the telecom indicators, growth in the telecom sector has been immense in recent past years. Similarly education sector has also shown tremendous growth in terms of adding an increased number of educational and professional institutions, development of faculty and students’ enrolments whereas growth in research on IT & telecom in Pakistan has not been proportionate. He said that PTA has always been an academia friendly organization and this initiative is a testimony of the utmost respect and regard we hold for academia in our hearts. He said that PTA Gold Medals go a long way in developing a strong relationship between the academia and the telecom industry, and he hoped that it turns out to be an exemplary effort for the other organizations in the country as well. The researches by these fresh and sharp minds are extraordinary and of the highest quality and will definitely be considered for implementation in the regulatory framework of PTA, Chairman further added.

It may be highlighted here that PTA has always been working towards encouraging research activities in telecom sector. PTA being an academia friendly organization has taken number of initiatives to establish strong linkages between the educational institutions and the Authority for promoting telecom research. The research on forthcoming regulatory issues and challenges and transfer of new technologies in local sector is likely to assist the regulator and the policy makers. To this end PTA has taken number of initiatives that have received an exhilarating response from the stakeholders. These initiatives include SMS-based Information System for educational institutions, PTA Gold Medal Scheme, Essay Competition on Telecom Day and cash prizes for best research project competition.